How To Get Rid Of Earwigs With One Simple Ingredient 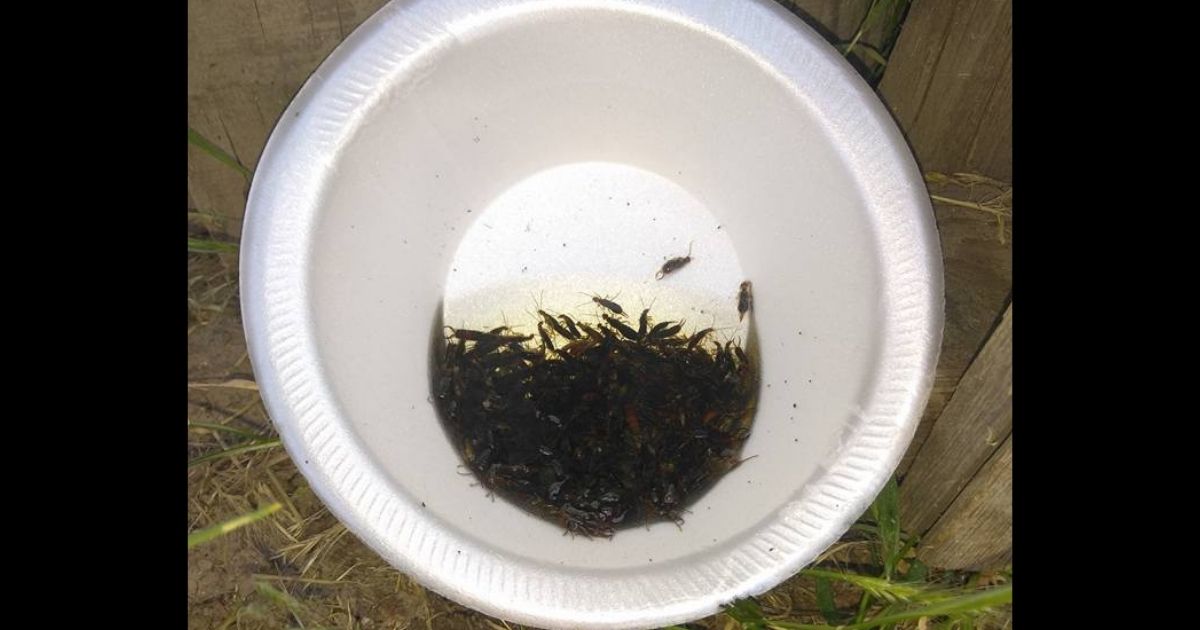 Although earwigs are mostly harmless, they’re still not something I want to encounter in or around my home. It seems like earwigs have been on the rise this year – I’m seeing far more of them in the garden than I ever have before. If you’re noticing that earwigs seem to be lingering around your house or outdoor spaces, this simple yet effective hack may be able to help.

Facebook user Alicia Alexander explained that she got rid of a whole bunch of earwigs in her backyard by filling a shallow bowl with about half a cup of olive oil. Then, simply place the bowl outside in your garden or on your deck. After less than 24 hours, this is how many earwigs were in the bowl:

And after 36 hours, this is how many earwigs they had!

Pretty wild, right? It seems like for whatever reason, the earwigs are attracted to the olive oil, climb into the bowl, and then are unable to get out.

Although earwig populations seem to be on the rise in general, the presence of earwigs in or around your home could indicate problems with rotting wood. Many pests, including earwigs, are attracted to rotting wood, so it’s always a good idea to check on the structure of your home, as well as the condition of any wood decks, porches, etc.

If you’re sick of earwigs ruining the party, hopefully this simple yet mighty hack will help do the trick. Thanks for sharing, Alicia!