People Are ‘Stripping’ Their Towels, And The Results Are Equal Parts Fascinating And Disgusting 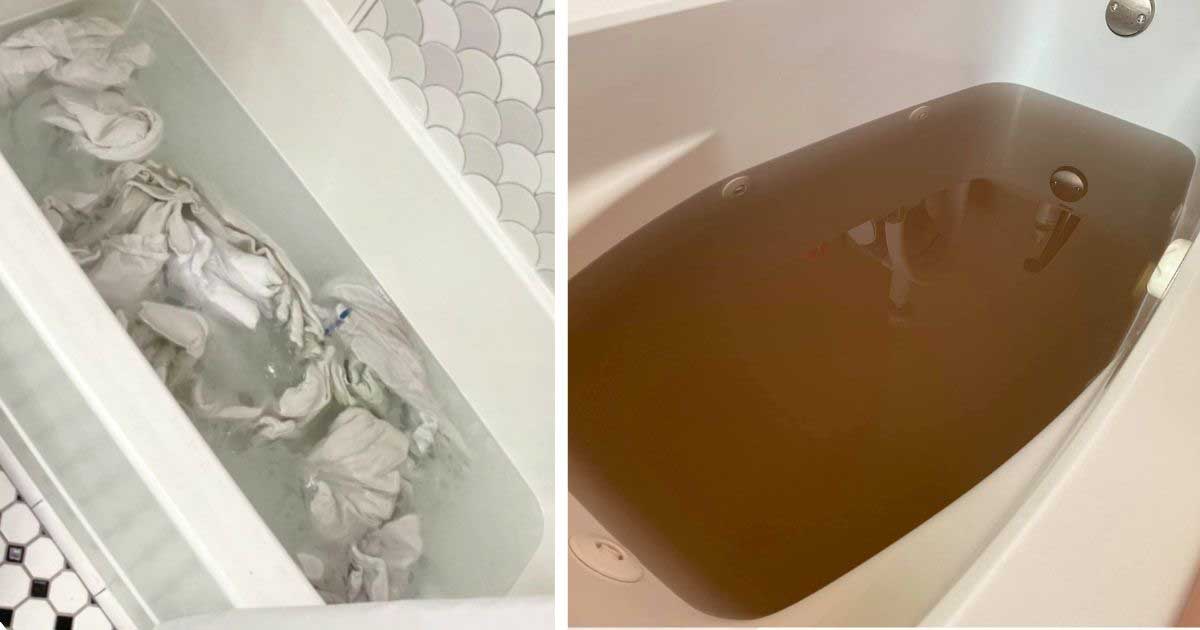 Do you ever get the feeling that no matter how many times you wash your towels, they’re never actually that clean? Well, you’re right. There’s a new viral cleaning trend sweeping the nation, and it’s called “stripping” your towels. This method involves soaking your towels in a combination of cleaning products, and the water that you end up with in the tub is truly disgusting – and yet, I can’t look away.

Facebook user Jared Guynes explains, “So my wife Ashley Guynes watched some thing online about “Towel Stripping” where you use a specific combination of household cleaning chemicals to do a deep clean of towels.

In this case, she took our collection of clean towels, let me say that again, the towels were totally clean, washed and folded and in the linen closet, completely clean, completely normal.

So she took those clean towels, and put them here in the tub with this mixture of Arm & Hammer baking soda, Borax, and OxiClean, and hot water, and let these things soak overnight.”

“This water is the result. The story that she told me is that over the years of use, microscopic amounts of soap and detergent get locked in to the fibers of the towels. Subsequently, that stuff gets gummed up and can also trap microscopic amounts of dirt and grime and bacteria, even after going through the washing machine with detergent.

So after seeing someone else do it, she decided to do the experiment on our own towels here in the tub.

The towels at your house, no matter how clean you think they are, are probably this nasty too,” notes Jared.

Well, there you have it folks. The combined power of baking soda, Borax, and OxiClean can transform your seemingly clean towels into actually clean ones. I’m looking forward to trying this with my own towels, although I must admit – I’m a little nervous to see what the water looks like after!