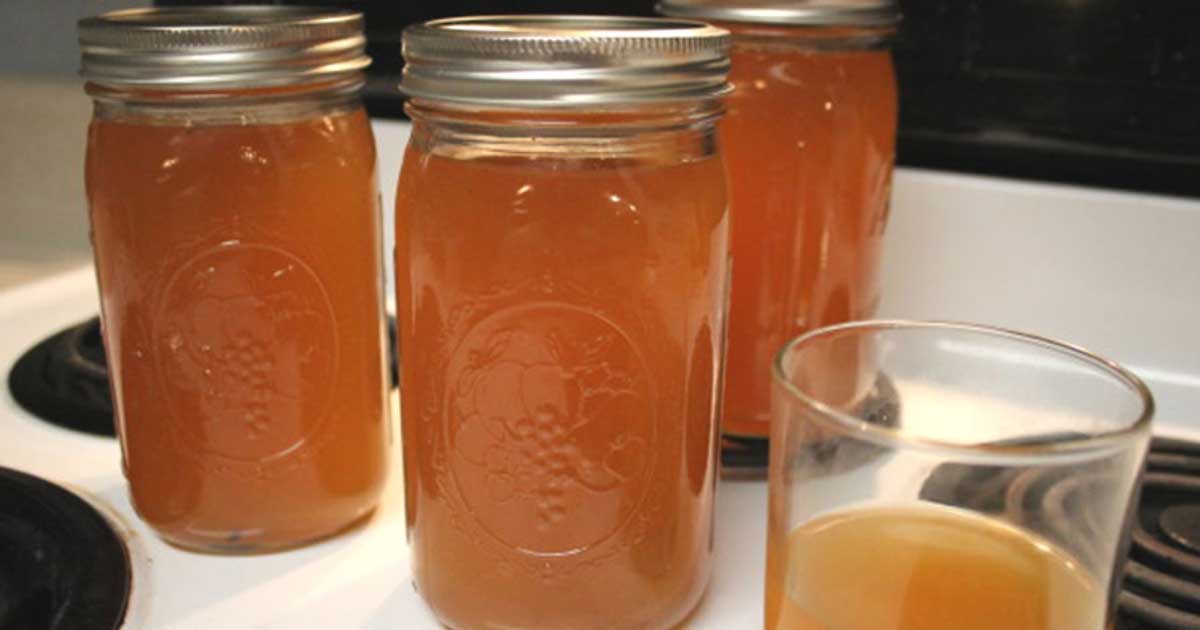 You’re probably familiar with making lots of different food recipes, but have you ever tried making a drink one? Fall is the perfect time of year to sit in front of the fire with an apple-infused alcoholic beverage. If we’ve got your attention, you’re going to want to make this recipe for homemade apple pie moonshine from Brad at Wide Open Spaces.

To make homemade apple pie moonshine, you will need:

1 750-milliliter bottle of 190-proof Everclear (or high-proof vodka, if that’s all you can get)

Step 1: Combine the cinnamon sticks, apple cider, and apple juice in the large stock pot. Bring it all to a mild simmer and add in the sugars.

Step 2: Continue to stir slowly for about 5 to 10 minutes until all of the sugar is dissolved. At that point, turn the heat off and allow the apple cider mixture to cool down to room temperature.

Step 4: Once the mixture is at room temperature, stir in the Everclear and one to two cups of rum.

Step 5: At that point, you are ready to jar the apple pie moonshine in the mason jars. Don’t be afraid to put a cinnamon stick in the jars either.

As the apple pie moonshine ages, the cinnamon and sugar blends out the alcohol taste to an almost undetectable level. YOU HAVE BEEN WARNED!
also Great idea keeping and storing fruit in mason jars