The Theory Behind Why Some People Put Salt In Their Coffee 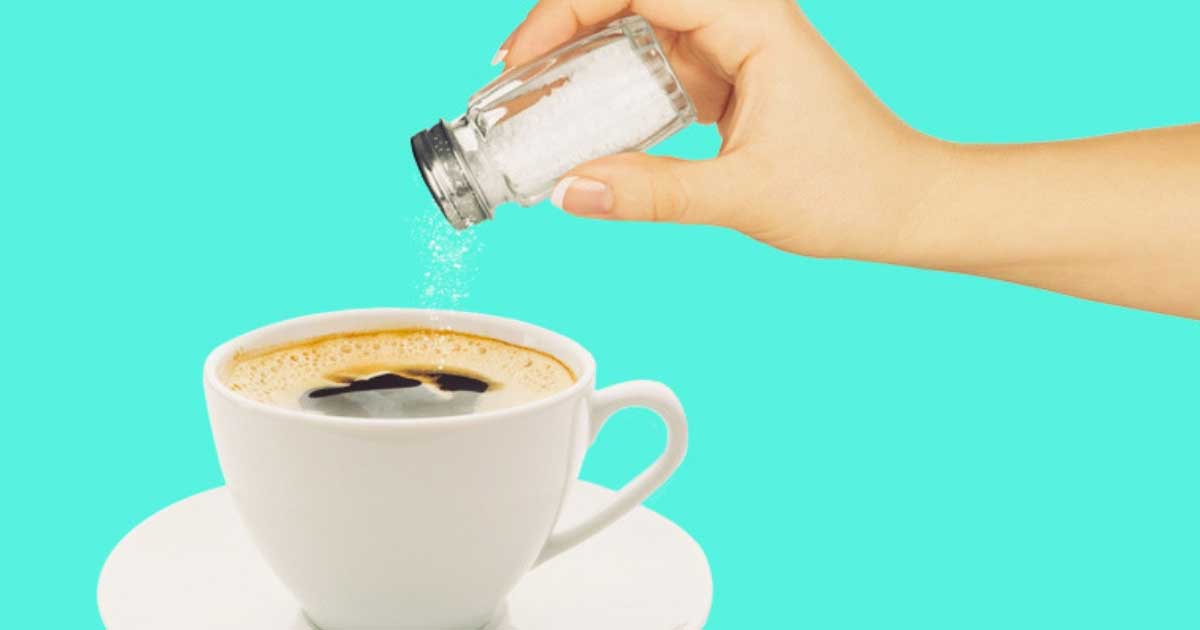 You know those scenes in movies where someone has accidentally put a bunch of salt in their coffee instead of sugar? Although a lot of salt in your coffee can definitely have the effect of spitting it out everywhere, salting coffee is actually a thing — and the reasoning behind it makes a ton of sense.

While some people add a pinch of salt to their actual coffee cup, others add a pinch to the coffee grounds before starting the brewing process. Both of these methods are actually gaining popularity, and neither of them are incorrect. The theory behind salting coffee is that the salt acts as a bitterness reducer, which tricks our brains and tongues into not detecting the bitter parts of the coffee.

Coffee can be quite bitter by nature, especially if you drink it black. That’s why we started putting additives like milk, cream, sugar, or honey into our coffee — to block out those bitter properties. Salt is an additive used to spruce up bland foods, but it also acts as a bitterness blocker in certain situations — like in coffee.

Although you can add a pinch of salt into your cup directly, the better option seems to be adding a sprinkle of salt into the coffee grounds before you start brewing it. This is a subtle way to reduce the bitterness of the brew without making the salt taste obvious. So if you’re wondering how to improve the quality of your cup of coffee, why not add some salt into your morning routine?