12 Food And Cooking Myths To Ignore 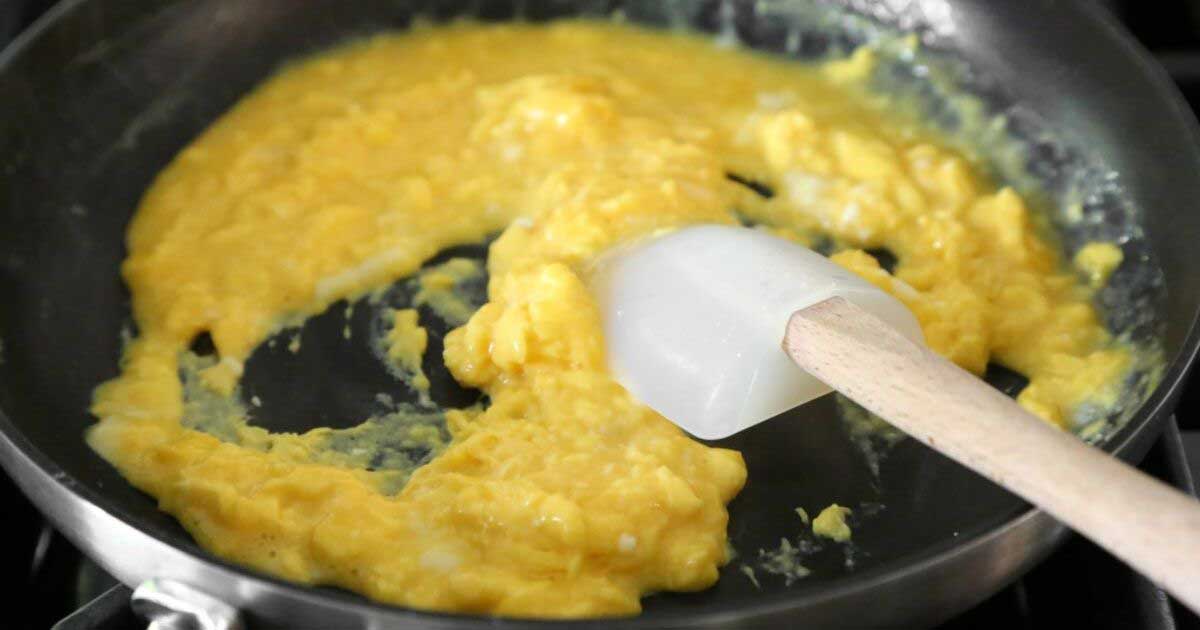 If you cook, you’ve likely developed some habits or “rules” that you always abide by. For example, I was taught to always salt boiling pasta water because it makes the water boil faster. However, don’t believe everything you’re told! Here are 12 food and cooking myths that don’t actually have much truth behind them.

Many people swear by rinsing pasta noodles once cooked and strained. However, doing so only removes the starches that help to thicken the sauce and add flavor.

I grew up watching my parents add a splash of milk to scrambled eggs and omelettes. While adding milk will help get you a bigger batch, it doesn’t add any flavor and actually thins out the eggs (making them more susceptible to being overcooked).

Many people add wine or other alcohol to sauces and other dishes while cooking. It’s true that some of the alcohol will evaporate, but not all of it will. In order for all of the alcohol content to evaporate, you would need to have it cooking for a few hours.

4. Leaving The Pit In An Avocado Keeps It From Turning Brown

I’ve always been told that leaving the pit in a sliced avocado will keep it from browning until you’re ready to eat the rest. But, you guessed it – false! In order to keep an avocado from turning brown, you can squirt a bit of lemon or lime juice on the fleshy part, then ensure it’s wrapped tightly in a piece of beeswax wrap.

This is quite possibly the most commonly believed cooking myth out there. Adding salt to a pot of water will not make it boil faster. It will, however, give the water (and your pasta) some flavor.

You may have heard that washing mushrooms before using them for cooking causes them to hold water, resulting in a loss of flavor. But who wants to eat dirty mushrooms?! While they may absorb a very small amount of water, giving them a quick rinse won’t actually affect their flavor.

7. Watch For Bubbling Pancakes Before Flipping

You don’t need to wait until bubbles appear in pancake batter before flipping. If you wait to see bubbles, the other side of your pancake is probably overcooked. As a rule of thumb, cook pancakes on low to medium heat, and flip once the bottom is just firm.

8. Raw Tomatoes Are Healthier Than Cooked Ones

There’s a common misconception that cooking certain vegetables (specifically tomatoes) causes them to lose their nutrients. However, the majority of vegetables and their nutrients aren’t affected by heat. So go ahead and roast, grill, or sauté those bad boys!

While you don’t want big lumps floating around your batter, smaller ones are fine! If you vigorously try to mix out all the lumps, your batter may end up being too thin, which will take the fluffiness out of your baked goods.

Nope, not true! When you add olive oil to a pot of boiling water, it will likely just float straight to the top. Plus, when you go to strain the noodles, the olive oil can cause the sauce to slide right off. To keep pasta from sticking while boiling, all you have to do is stir often.

You might think that frequently stirring rice while cooking will make it fluffier. However, for perfectly fluffy rice, leave it alone the entire time it’s cooking!

Many barbecue fanatics believe that you should only flip a steak once while grilling. However, there’s really no sense behind this. Flipping a steak often will help it to cook more evenly, while also giving both sides a nice char.