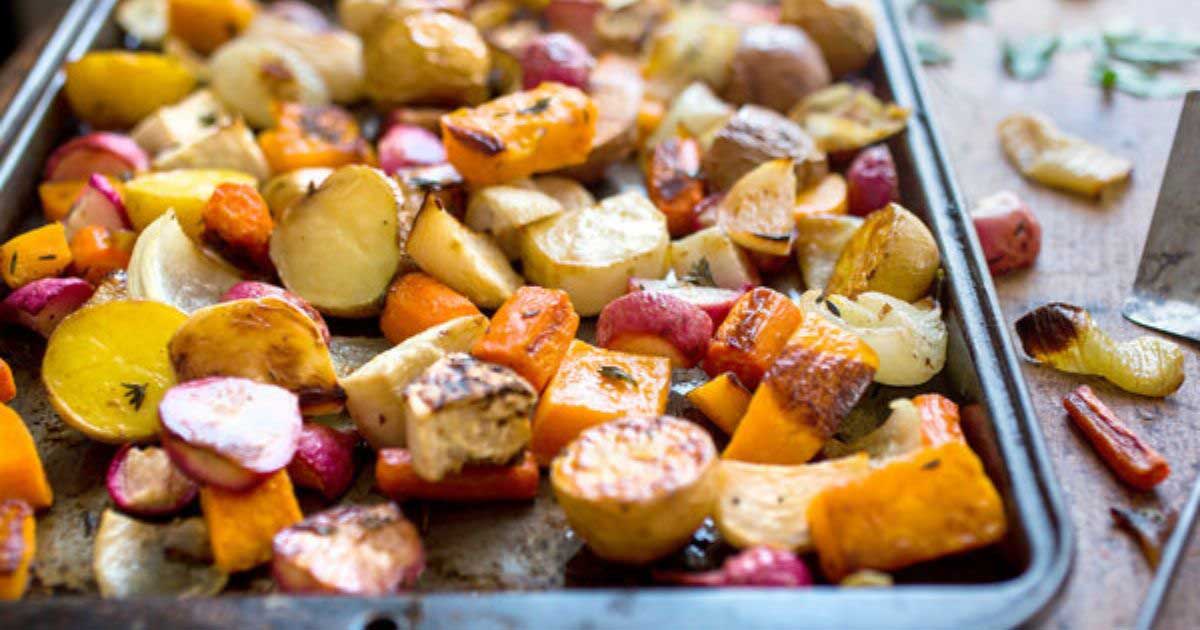 You’re likely pretty familiar with your oven and know exactly how to use it. I don’t know about you, but I use my oven multiple times a day; it’s definitely my most-used kitchen appliance! Anyways, today I discovered that there’s a built-in feature in every oven that I haven’t been taking advantage of — and you probably haven’t been using it either.

According to Carolynn Carreno, author of the book Bowls of Plenty, that built-in feature is actually the floor of your oven. She learned this tip from “a chef friend who had gone from working in restaurants with super powerful ovens to cooking at home.” Cooking veggies on the oven floor will make them perfectly charred on the outside, yet tender (but not mushy) on the inside.

“The oven floor provides the hottest, most even and direct heat possible,” explains Carolynn. “You can get your vegetables nice and caramelized without overcooking them.” Carolynn bakes two trays of veggies at 500 degrees F for about 20 minutes, with one sheet on the oven floor and one on a rack near the middle, switching their positions halfway through.

Before trying this tip for yourself, it’s a good idea to consult your oven’s manual to ensure it’s okay to put a tray on the oven floor. Additionally, if your oven’s heating elements are located directly on the oven floor, you’re not going to want to put a tray in that position. Instead, Carolynn recommends positioning the oven rack as close to the bottom as possible. I’ll definitely be trying out this advice the next time I cook roasted veggies!