If You See An Opossum In Your Yard, Let It Be 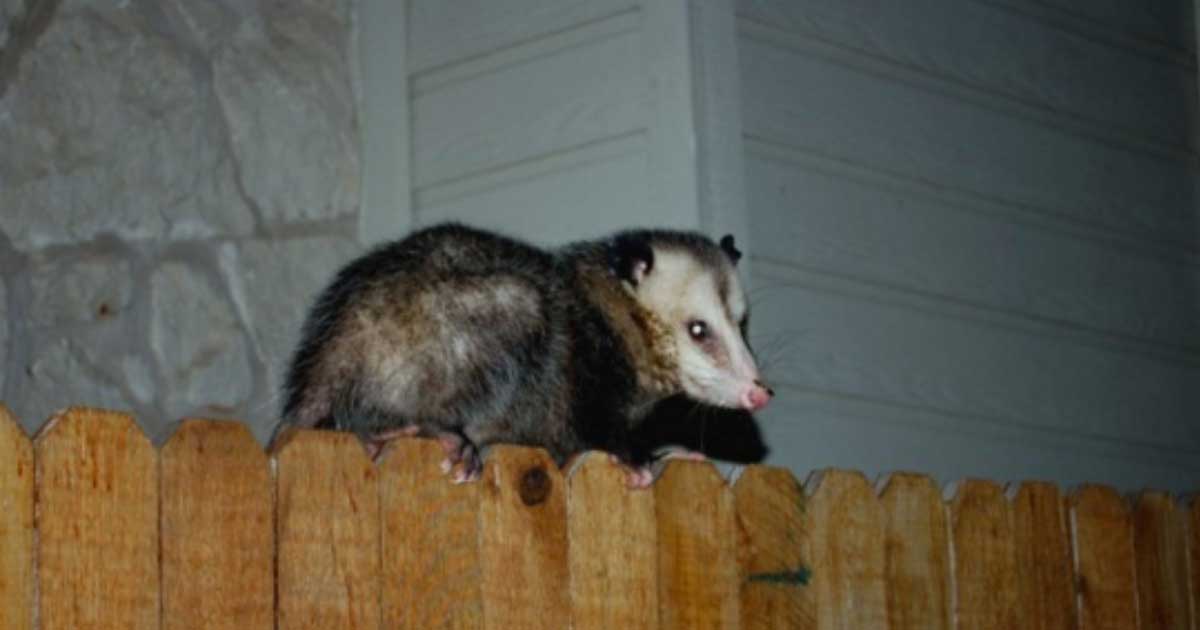 I can distinctly remember the first time I ever saw an opossum. I just about jumped out of my skin, and you probably don’t need me to explain why. These rat-looking creatures are, well, super creepy. And because of their less-than-beautiful appearance, they’ve gotten a pretty bad rap. However, seeing an opossum in your yard (or elsewhere) could actually be a good thing.

Opossums are believed to be nasty, vicious critters, but they’re actually quite the opposite. Opossums are far more afraid of humans than we are of them, and they tend to faint or play dead when they feel threatened or scared. When an opossum plays dead, its body will go completely limp, its mouth will be partly open, and they will begin to salivate. When in this state, they’re mimicking a dead animal so that predators leave it alone. This is a psychological instinct to protect themselves, and they’re actually not even doing it voluntarily.

Now that you know a little more about the opossum, here’s why you should leave them be if you ever encounter one. Firstly, opossums are scavengers that help to keep wooded areas and our yards clean. They will clean up animal carcasses and eat a host of bugs, keeping them away from our homes. The most important of these bugs? The tick.

Like most mammals, the opossum (which is actually a marsupial) comes into contact with ticks on a regular basis. However, opossums will actually eat 95% of the ticks that they encounter, and a single opossum can kill a whopping 5,000 ticks in one season. So, the more opossums are around, the less likely a tick (and potentially one carrying lyme disease) is to bite you, your pets, and your family.

If you see an opossum in your yard or elsewhere, it’s best to just leave it be. Stay away from it and let it do its thing. If you encounter what you believe to be a dead possum, remember that it might simply be playing dead. It’s recommended that you wait about four hours before trying to dispose of the body. If you find an orphaned or injured possum, contact your local animal wildlife center right away. Possums are actually super helpful creatures, and they need our protection if they’re going to continue to help us!

Thanks to City Wildlife for this great information about the opossum!