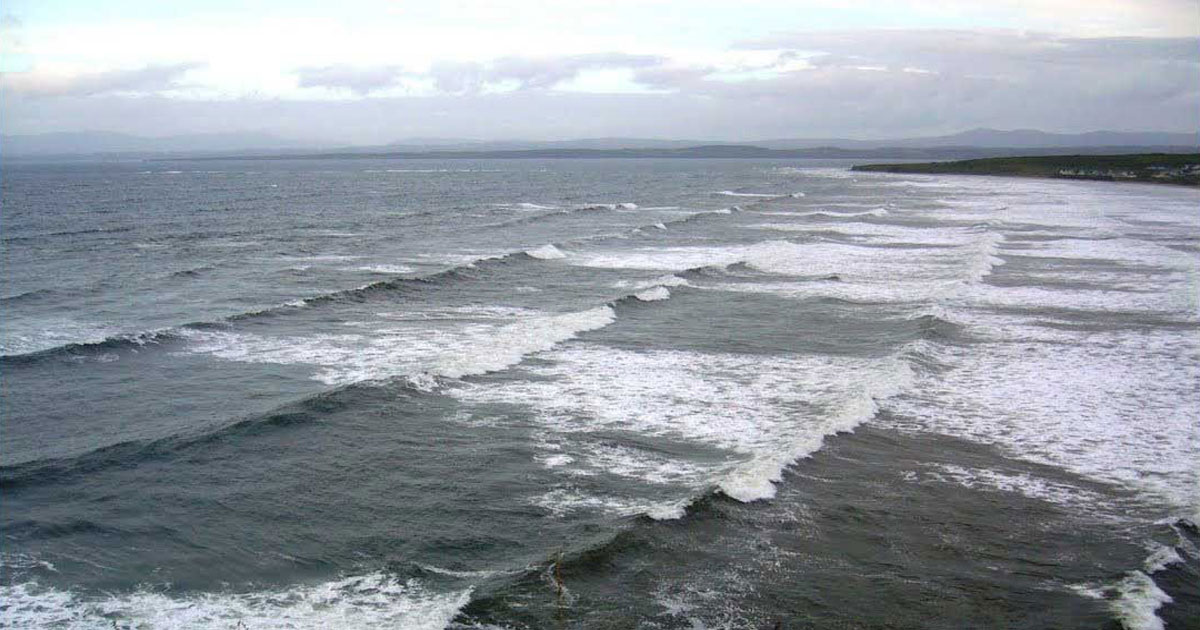 The ocean is a vast, powerful force that we need to treat with respect. It’s not always a bad idea to have a healthy fear of the ocean, as its magnitude and force is something that’s difficult to comprehend. A perfect example of the ocean’s power? A natural phenomenon called a cross sea.

If you’ve ever looked out at the ocean and noticed a bunch of square waves that almost look like a sort of grid, then you’ve witnessed a cross sea in action. A cross sea occurs when different weather patterns produce different wave systems that travel at opposite angles. Instead of the waves all travelling in the same or similar direction, these opposing waves form squares.

Although these waves may look peaceful and even surreal, they can actually be quite dangerous. Boats are designed to power through waves head on, but a cross sea doesn’t provide a boat with this option. Because the waves are coming from four different directions, they can very easily cause a boat to capsize.

Cross seas aren’t just dangerous for boats, either. They produce powerful riptides which have the potential to cause swimmers and scuba divers to drown. Although cross seas don’t happen all that often, it’s important to be able to recognize one so that you can protect yourself from their effects. We don’t need to be terrified of the ocean, but we need to have a healthy respect for mother nature — in all of her different forms.