How To Use Soda Cans To Lower Utility Bills – DIY Project 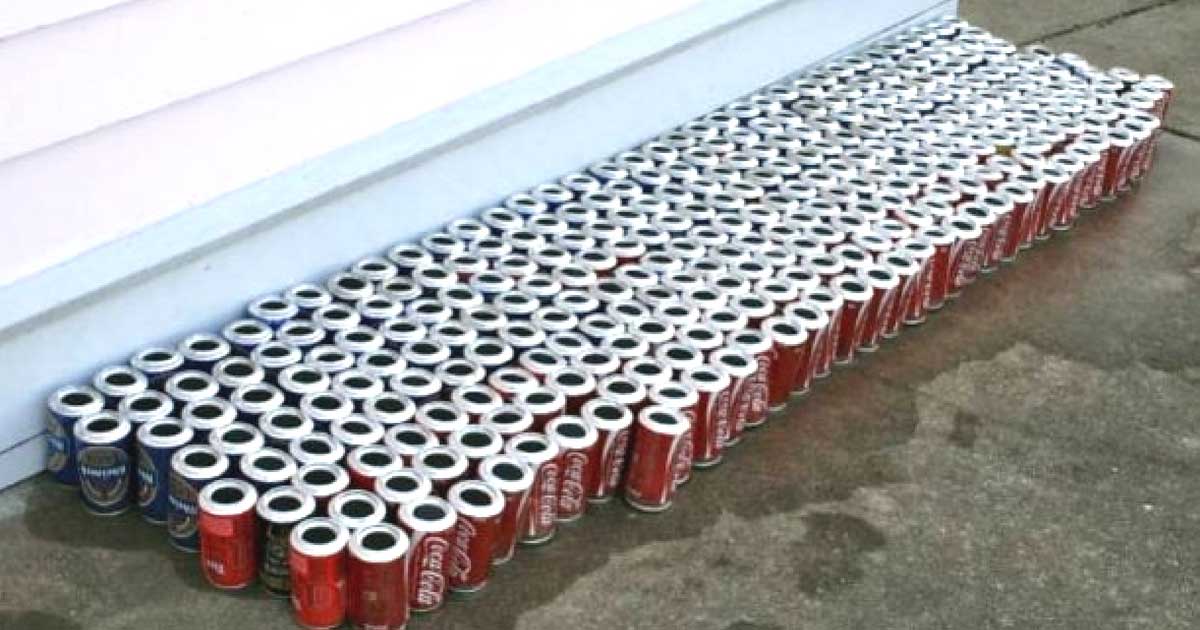 If you live somewhere that’s extremely hot during the summer months and extremely cold during the winter ones, you probably have to deal with pretty expensive utility bills. Between gas, hydro, and electricity, most households pay hundreds of dollars every month for standard utilities. However, one man decided to try a DIY project that ended up saving him a ton on utility bills each year. And you can do it, too!

Terry Johnson is an electrical engineer and avid DIYer who was sick of paying super steep utility bills every month. “It was one of those houses which was pleasantly cool in the summer but freezing in the winter,” he explained. “We needed something to make it thermally efficient but didn’t have a big budget,” he continued.

That’s where this project comes in. Terry discovered a plan for a solar heat collector made from empty aluminum cans. After two or three weekends of working on the project, Terry was left with a large solar panel that increases heat in their large living room by four to seven degrees, and costs only about $1.50 a year to run.

So how does the panel work, you might be wondering? It sucks in the cool air from the house, heats up the air in the empty cans, then sends the warm air back to the house using a system of fans, vents, and valves. The cans were painted matte black to absorb as much of the sun’s heat as possible, making the air in the cans as warm as possible.

Click here to read about how Terry completed this project from start to finish. If the idea of a homemade solar panel appeals to you, start collecting cans and ask your friends to do the same! It could make all the difference in your yearly utility bills.