A Single Boiled Potato Can Power A Light For 40 Days 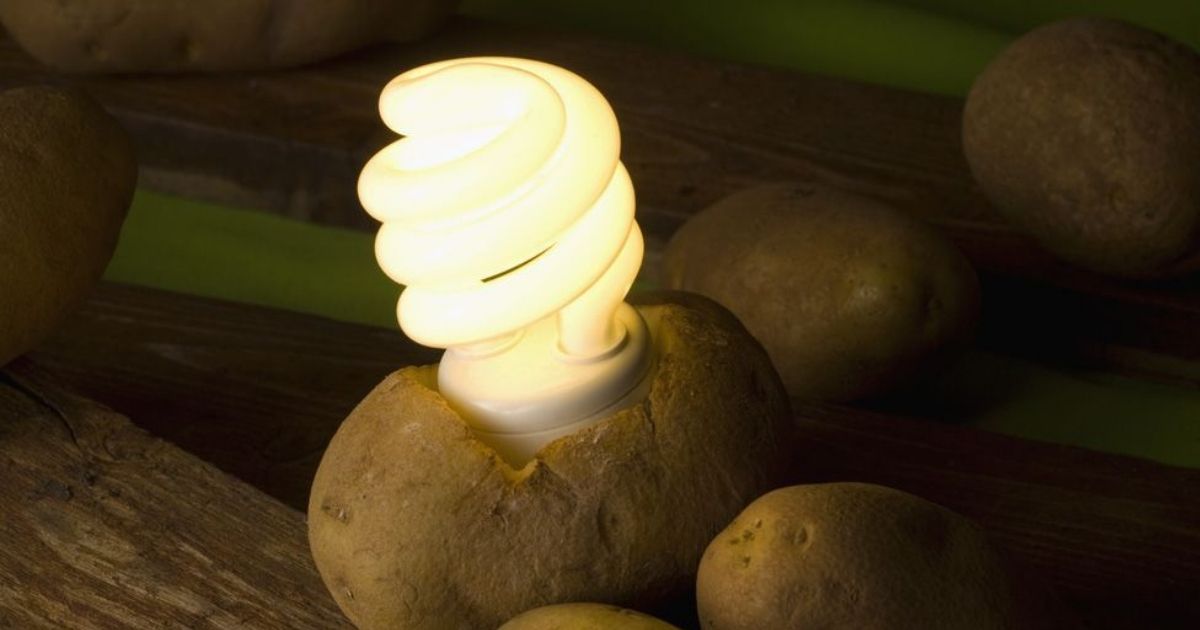 When you think of potatoes, you probably think of mashed potatoes with gravy, cheesy scalloped potatoes, and french fries. But would you ever think of potatoes as being something that can supply power to your home? For the last number of years, a research team at the Hebrew University of Jerusalem has been experimenting with “potato power,” with the goal of delivering potato-powered energy to people in rural communities, and those unable to access electricity grids.

“A single potato can power enough LED lamps for a room for 40 days,” says researcher Haim Rabinowitch. By hooking up a potato to inexpensive metal plates, wires, and LED bulbs, a potato has the ability to replace the idea of a conventional battery. As explained by BBC, “To make a battery from organic material, all you need is two metals – an anode, which is the negative electrode, such as zinc, and a cathode, the positively charged electrode, such as copper. The acid inside the potato forms a chemical reaction with the zinc and copper, and when the electrons flow from one material to another, energy is released.”

Rabinowitch and his team have taken this idea, which was first discovered by Luigi Galvani in 1780, one step further. By boiling the potatoes for eight minutes, it broke down the organic tissues in the potatoes reducing resistance, allowing for more movement of electrons, and subsequently creating energy. “It’s low voltage energy, but enough to construct a battery that could charge mobile phones or laptops in places where there is no grid, no power connection,” says Rabinowitch.

So, why hasn’t this idea taken off? Well, the answer is complicated with some researchers saying not enough people know about this method, and others expressing concerns about using food for an energy source, and thus depleting food supplies. Although using potatoes to power rural communities may be a concept that’s just now becoming a more mainstream conversation, the idea and supporting research certainly shows promise, and is something we should all be paying attention to.