This Science Experiment Shows How Potentially Harmful Wi-Fi Can Be 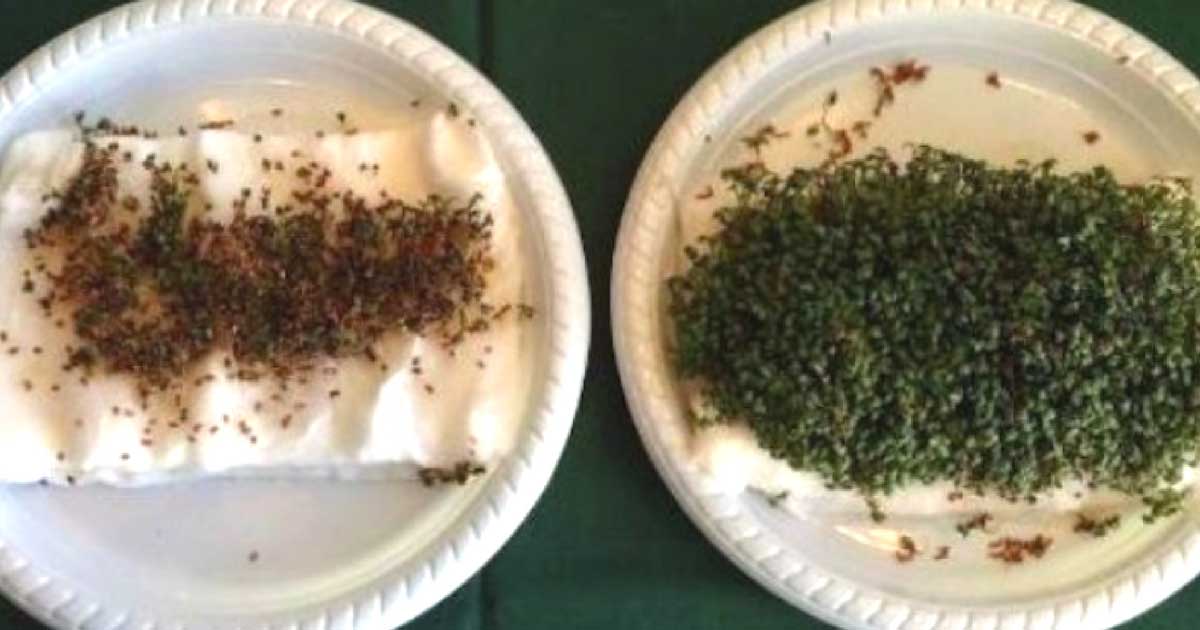 Wi-fi is all around us. It’s in our homes, restaurants, shopping malls, and even on the streets. In this day and age, we rely on our smart phones and other devices to constantly check the internet. Whether it’s for work, social media, or texting, there’s no denying that this generation is addicted to technology.

Although modern technology has many positives, it also has many negatives. Five high school students from Denmark decided to test out some of these negatives when they noticed that they were having difficulty concentrating during the school day.

“We all think we have experienced difficulty concentrating in school, if we had slept with the phone next to our head, and sometimes also experienced having difficulty sleeping,” explained Lea Nielsen, one of the students who conducted the experiment.

Speaking of the experiment, the students decided to take 400 cress seeds and place them in 12 different trays. They placed 6 of the trays in 2 separate rooms set at the exact same temperature. They gave the same amount of sunlight and water to the trays for 12 days.

The other 6 trays were situated next to 2 wi-fi routers. These routers produce the same amount of radiation as the average smart phone or other device would.

The girls’ experiment has gained international attention from scientists, biologists, and radiation experts. Their experiment makes it evident that constant and close exposure to radiation from wi-fi signals can be extremely dangerous. If there was that drastic of a difference between the two groups of seedlings, imagine the consequences our bodies must be experiencing as a result of constant radiation exposure.

“None of us sleep with the mobile next to the bed anymore,” Lea explained. “Either the phone is put far away, or it is put in another room. And the computer is always off.”

If your wi-fi router is in or close to your bedroom, consider moving it to a more central location within your home. It’s never a good idea to sleep with your phone in your bed, so consider shutting it off when you go to sleep, and keeping it away from your bed. There are definitely ways to limit our exposure to radiation from wi-fi, and these are some quick and simple places to start! Hats off to these bright young students for addressing an extremely important issue in modern-day life.