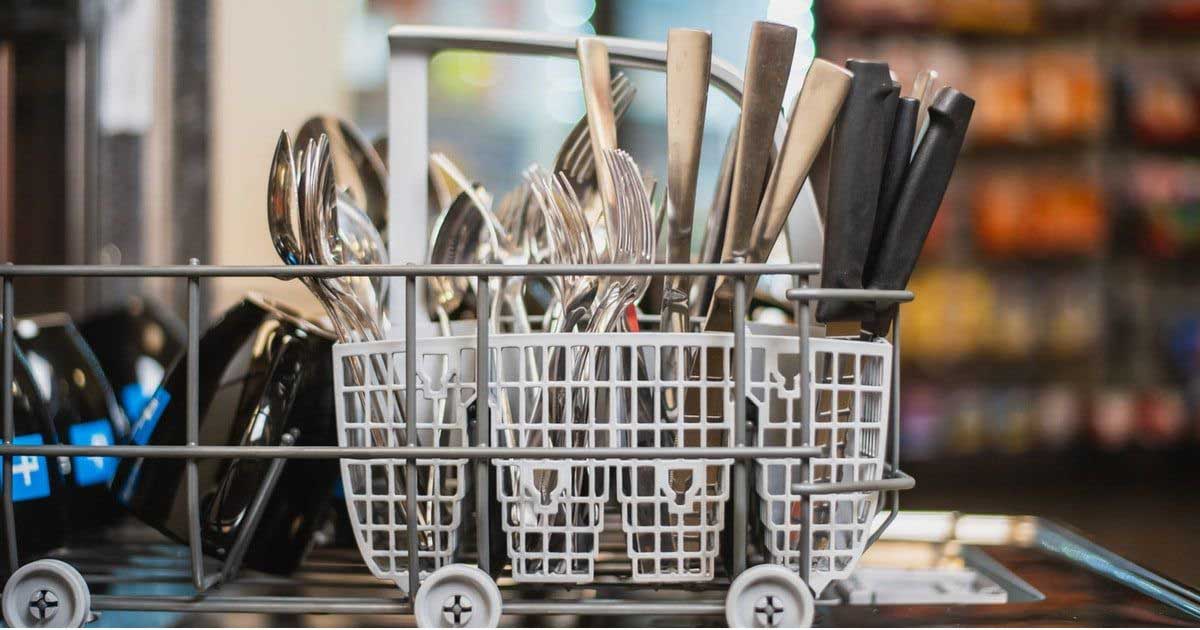 Loading the dishwasher is one of those monotonous, everyday tasks that most of us could probably do in our sleep. Because we’re so familiar with this mundane chore, we don’t tend to think much about the proper loading technique. But maybe we should. Because experts in the dishwasher industry are weighing in, and apparently there is a right and a wrong way to place cutlery when it’s headed to the dishwasher.

Essentially all dishwasher manufacturers are in agreement about one thing – and that’s loading knifes with the blade down to avoid injuries when loading and unloading the dishwasher. But when it comes to forks and spoons, there isn’t as much of a consensus.

Emilio Gonzalez, senior test program leader at Consumer Reports, recommends consulting your dishwasher manual for the most relevant safety tips. But in general, Gonzalez says, “Put your spoons facing up, forks facing up and knives facing down, so you don’t cut yourself.” He adds that spoons and forks should face up so that they are more exposed to water pressure, and subsequently receive a better clean.

So, there you have it! Keep on placing those knives blade-down to avoid injury, and place spoons and forks upright to ensure they’re getting a good clean. Or, if you’re against the dishwasher altogether – there’s nothing wrong with some old fashioned hand-washing with hot water and soap!