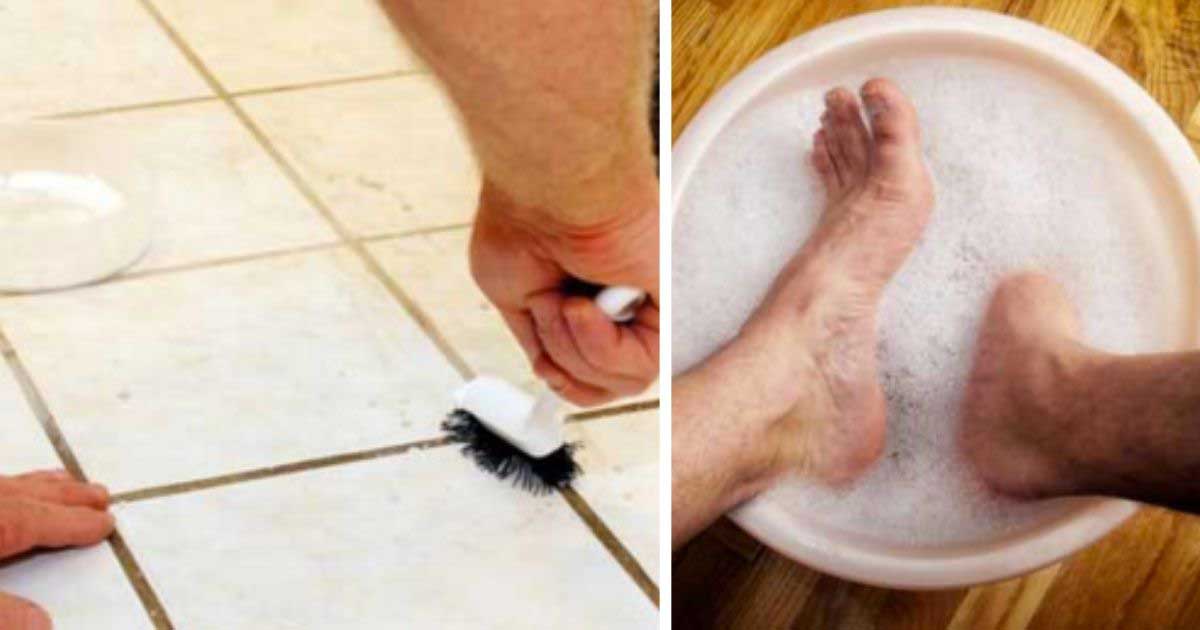 When you think of hydrogen peroxide, you probably think about pouring it over a stinging cut to ward off infection. However, like baking soda, hydrogen peroxide offers tons of unexpected uses that have nothing to do with treating cuts and scrapes. If you haven’t used your bottle of hydrogen peroxide in a while, we’re betting that will change after you take a read through these awesome tips!

If you have a stubborn pimple, dab a little bit of hydrogen peroxide onto it after going about your cleansing routine. Since hydrogen peroxide is such a powerful antiseptic, it will also help to clear up any bacteria brewing on the surface of your skin.

If you notice a stain on your clothing or linens, try applying a little hydrogen peroxide to the area. Let it sit for about an hour, then wash as you normally would. The stain should be gone when the item comes out of the wash.

If you really want to disinfect your kitchen counters and bathroom vanities, spray them with some hydrogen peroxide before wiping them down. This will kill germs on the spot!

If the grout in your floor, shower, or kitchen backsplash is filled with dirt and grime, just mix together a solution of hydrogen peroxide and baking soda. Use a toothpaste or other small bristle brush to wipe the solution into the grout, then let it sit for about an hour. After a small amount of scrubbing, the grout will come clean again.

If you suspect you might have a fungal infection on your toes or feet, mix together some hydrogen peroxide and hot water in a shallow tub. Soak your feet in the solution and the hydrogen peroxide will work to fight off any bacteria.

Anyone who owns fish knows that the tanks can be super hard to clean. Once your fish are safely transported to another tank, empty the original one and use hydrogen peroxide to clean it before rinsing.

If your nails are stained from repeated nail polish use, just soak them in equal parts water and hydrogen peroxide. It’s way cheaper than paying a visit to the manicurist!

Run out of Windex? No problem. Hydrogen peroxide is actually a great glass and mirror cleaner, so just spray some on, then wipe down the surface with a clean cloth.

If your towels seem to constantly have that “wet dog” smell, there’s no need to toss them. Simply add half a cup of distilled vinegar and half a cup of hydrogen peroxide to the washing machine the next time you wash them. They’ll come out smelling fresh and clean again.

Sick of looking at gross stains in and around your toilet bowl? Just pour some hydrogen peroxide directly onto the stains, then let them sit for about 10 minutes. When the time’s up, the stains should scrub right off.

To brighten and disinfect your floors, add about a half cup of hydrogen peroxide to a mop bucket full of hot water. Your floors will be shining and looking great in no time!