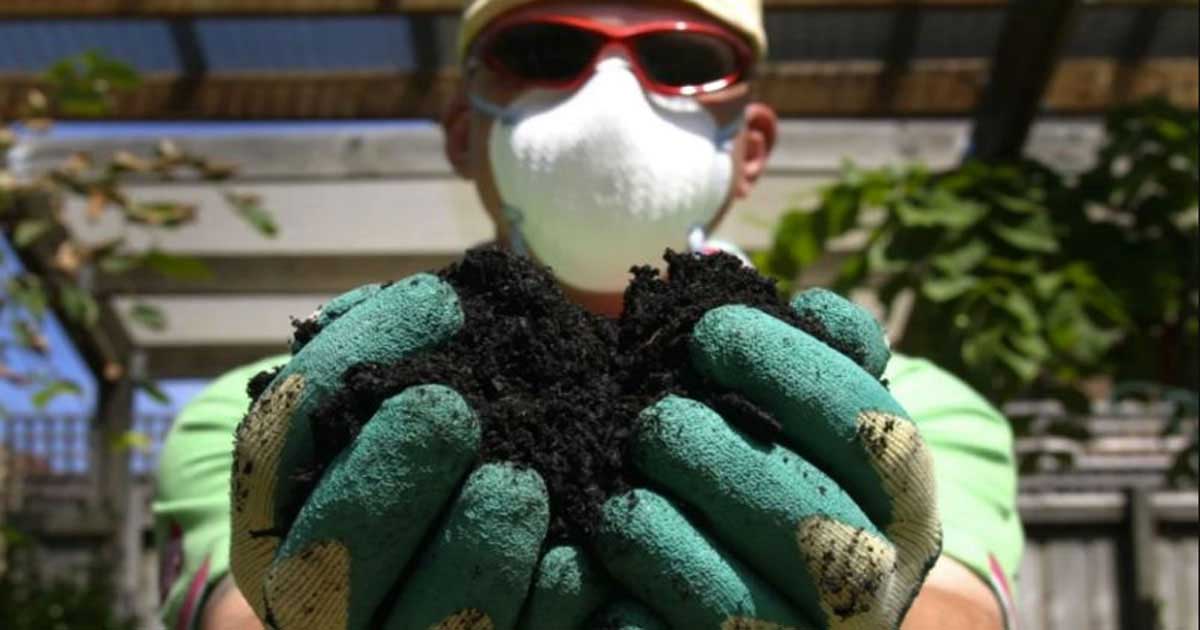 You know the dangers of pesticides and other hazardous chemicals, but did you know that your typical bag of potting soil can also pose a huge risk to your health? The recent death of 77-year-old Myles McIntyre from Christchurch, New Zealand is bringing awareness to the potential dangers of using potting soil when you’re not appropriately outfitted.

Myles was an avid gardener, and had just purchased some bags of potting mix for use in his vegetable garden. Shortly after distributing the soil, Myles fell ill. And a mere six weeks later, he succumbed to his health problems. Myles died from complications surrounding Legionnaires’ disease, a form of pneumonia. Legionella longbeachae is a species of bacteria that grows in warm, moist conditions – including the inside of a potting soil bag. Breathing in the spores of this bacteria can cause Legionnaires’ disease, particularly in older people whose immune systems may not be as strong.

Because Myles was an experienced gardener, he knew to open up the bags of potting soil, wet them down well, and leave them exposed to the open air before using them. He always wore gardening gloves, but he didn’t wear a mask. “He was always careful,” explains his wife, Sue McIntyre. “He said he was always careful, and was always spraying it.”

Myles’s friends and family are now warning others about the potentially fatal risk of using potting soil without a protective mask and gloves. They believe there isn’t enough awareness surrounding the risks and what people can do to protect themselves. They also think that hardware and gardening stores should do more to educate people, and the companies that make potting soil need to advertise the risks and preventative measures far more clearly.

Let Myles’s story serve as a warning regarding the potential dangers surrounding such a harmless-seeming product. When using potting soil, always wear a face mask and gloves. Opening up the bags, wetting them down, and leaving them outside to dry before using them decreases the chance of coming into contact with these potentially fatal spores. Please share this warning with your friends and family so that everyone is aware of the proper methods for handling potting soil. Thank you to The Plant Guide for sharing this important information.