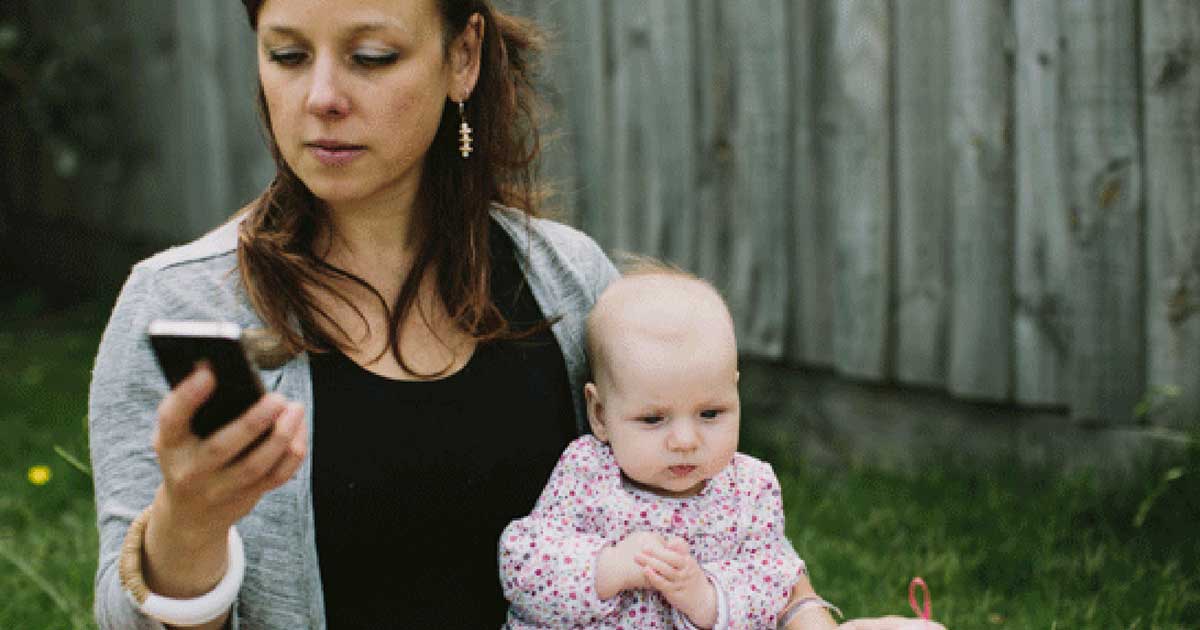 Society tends to think that teenagers are the age group most often on their cellphones, but what about parents? Between work, social media, and text messaging, parents tend to use their smartphones far more than they may initially assume. And recent research suggests that parents who are addicted to their phones may be unknowingly impacting their children’s development and behavior.

A study conducted by the University of Michigan and Illinois State University observed 170 two-parent families to determine how their technology use might be affecting their children. Nearly half of the parents surveyed revealed that technology (cellphones, tablets, computers, etc.) diverts their attention away from their children at least three times a day. Only 11% of the parents observed said that they keep technology away while spending time with their kids.

The children of the parents involved in the study were also examined over a two-month period to see how many times they whined, sulked, threw tantrums, and showed signs of restlessness. Researchers ultimately discovered that even low or “normal” amounts of technoference (technology-based interruptions) resulted in behavioral issues in the children.

Interestingly enough, parents of more “difficult” children were found to use technology while spending time with them as a sort of stress reliever. But unfortunately, parents become less responsive and invested in their children when engaged in digital technology. This can lead to weakened parent-child relationships, as well as strained interactions and behavioral issues.

Studies like this highlight the importance of self-reflection when it comes to our own technology use. Although being on the phone or computer is part of many people’s careers, we need to find a balance between technology and parenting. Ensure that you’re setting aside specific periods of time when you are solely focusing on your child, and are completely detached from technology. We often don’t realize how much technology use can affect our children, but once we recognize these issues, we can take steps toward combatting them.