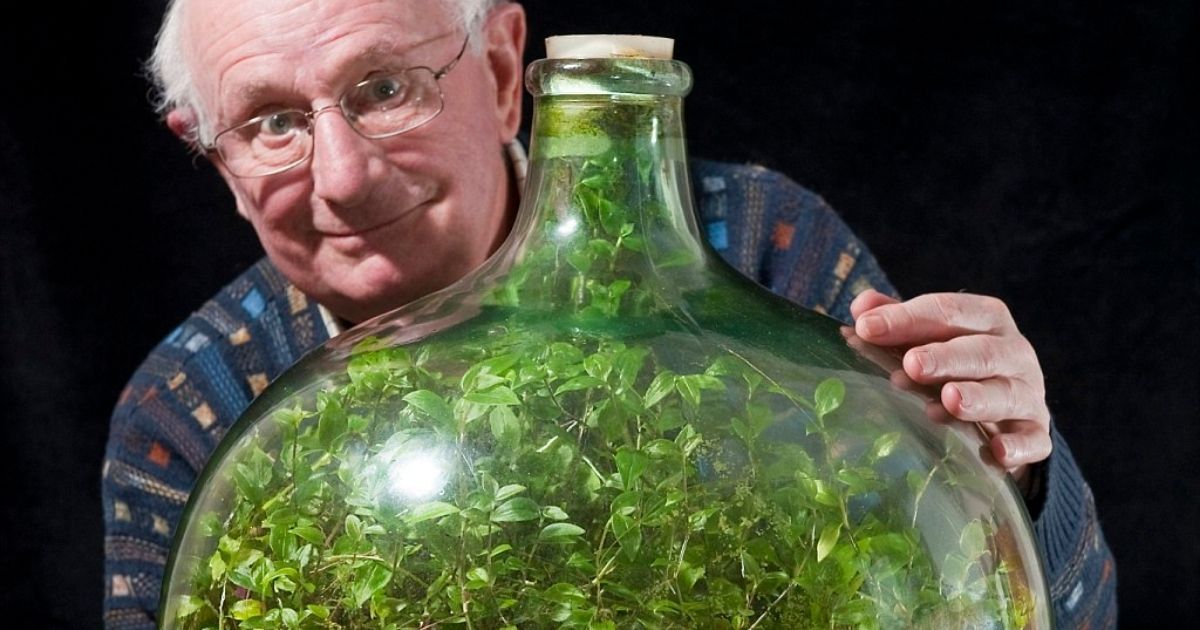 What started as a curiosity-driven experiment is now making headlines everywhere. In 1960, David Latimer planted Tradescantia (or spiderworts) in a large glass container, then sealed it shut. Between 1960 and today, he has only watered it once, in 1972, yet inside the jar is a thriving ecosystem. So, how is that possible?

“It’s 6 feet from a window, so gets a bit of sunlight. It grows towards the light so it gets turned round every so often so it grows evenly,” explains Latimer. “Otherwise, it’s the definition of low-maintenance. I’ve never pruned it, it just seems to have grown to the limits of the bottle.”

Although completely cut off from the outside world, the plant inside has created its own ecosystem. Because the bottle is near a window and is still absorbing light, it is capable of converting the light into the energy it needs to grow. This process of photosynthesis recycles the nutrients, meaning the only factor it needs to keep living is light – not even added water.

Photosynthesis produces oxygen which releases moisture into the air inside the bottle. The moisture creates condensation within the bottle, which then rains back down on the plant below. “It’s a great example of the way in which a plant is able to recycle… It’s the perfect cycle of life,” comments garden designer and television host Chris Beardshaw.

And so, 61 years later, the ecosystem continues to thrive. Latimer’s “little” experiment continues to marvel people around the world. Latimer has revealed that when he passes on, he hopes to pass along his project to his children and let the ecosystem continue. If not, he will gift the glass bottle to the Royal Horticultural Society. Either would be lucky to have this fascinating experiment in their possession!