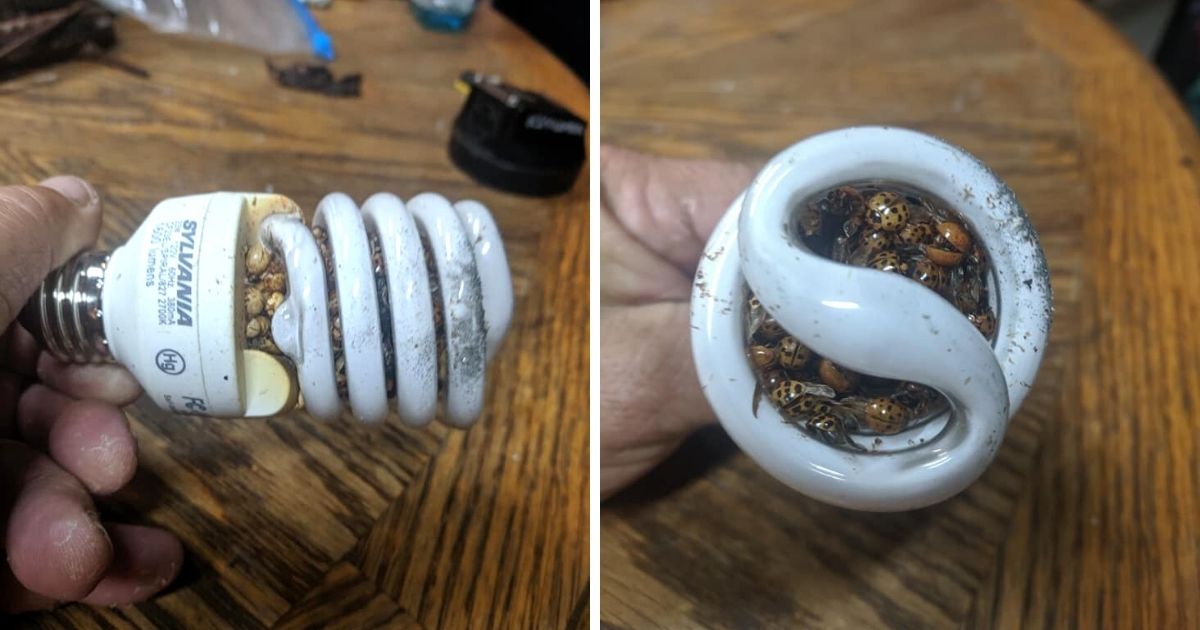 For as long as I can remember, house fires have always been one of my biggest fears. I’ve never experienced a house fire personally (most likely due to my immense paranoia), but I’m always triple-checking the stove, candles, and the dryer vent for lint. However, there is one potential fire hazard I never would have been aware of had it not been for one man’s Facebook post.

Kentucky resident Jason Whitaker took to Facebook to warn others about a startling discovery he made in his home. He explained that he kept smelling something like an electrical fire, and almost tore his house apart trying to find the source. He eventually located what that fire smell was – and it was coming from a fluorescent spiral light bulb.

Inside the spiral coils of the light bulb was nothing but ladybugs. That’s right – ladybugs. Apparently ladybugs are attracted to light and heat, which would explain why they made their way inside the bulb’s coils. As you can see from Jason’s photos, the accumulation of ladybugs had come close to igniting due to the heat from the bulb.

I found it important to share Jason’s post with you all, as this is a potential fire hazard I would have never known about. If you have these types of light bulbs in your light fixtures or lamps, be sure to check them regularly for sneaky critters trying to get warm inside. You could very well be preventing a house fire from happening.