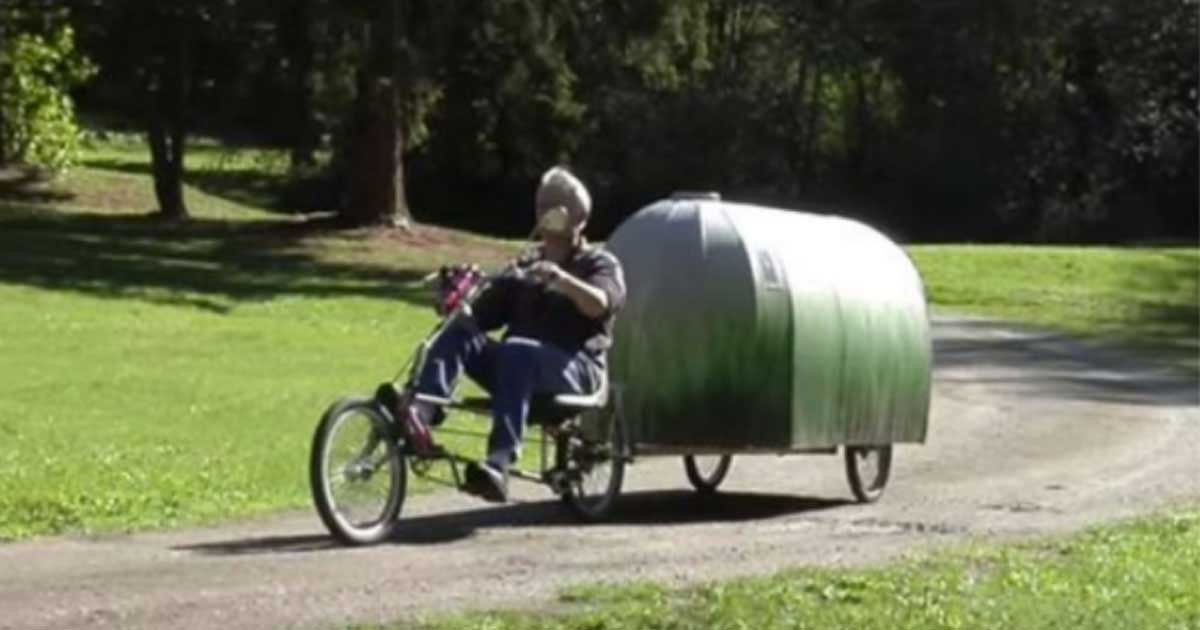 Just when I thought I’d seen every sort of tiny home there was, I’ve been proved wrong. The tiny home we’re about to share with you isn’t a trailer, cabin, or converted school bus. It truly takes the meaning of tiny home to a new level, seeing as it’s so small, it can be pulled around by a bicycle.

Paul Elkins decided to build his “micro mobile home” so that he had accommodations so lightweight, they could be pulled behind his very own bicycle. He based his micro home off the Airstream design, and it really does have everything he needs inside.

The trailer is insulated, so it stays warm enough to sleep in during the winter months. In addition to a small bed, Paul also has a tiny kitchen area with a one-element stove and sink. The micro home also features a couple drawers and shelves for storing belongings.