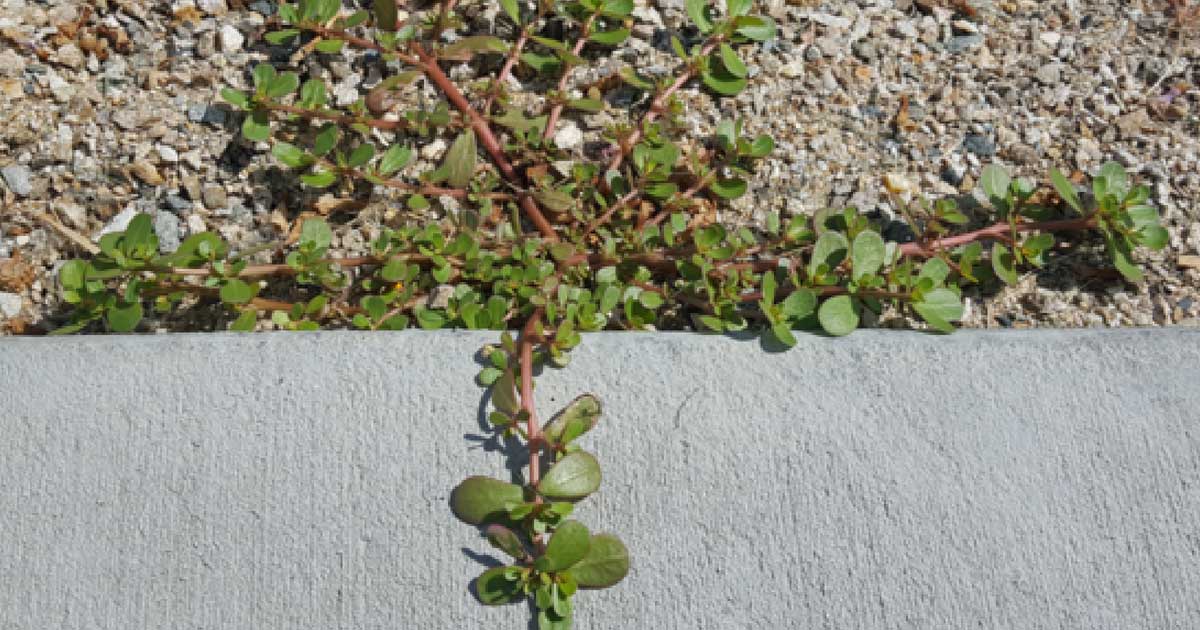 You’ve likely seen this little weed before. It’s called purslane, and it commonly grows along the edge of walkways and in between patio stones. If you’re anything like me, you’ve probably been pulling out this weed for years. However, the next time you see purslane sprouting up somewhere, don’t kill it! There are many surprising health benefits to this little plant.

Purslane is packed full of antioxidants. And the best part is that this weed actually tastes good! It has somewhat of a tart taste, and goes excellently in salads and as a garnish.

Purslane is also rich in iron, magnesium, calcium, and potassium. Who knew that such a little, unassuming weed could be full of so much goodness?

According to one study, eating regular and consistent amounts of purslane or purslane seeds can lower cholesterol in some people. Who knew?!

If you’re coming down from a caffeine high or drank too much coffee and are feeling the jitters, try eating a few purslane leaves. It’s said that this plant helps to combat the negative aspects of caffeine.

Purslane contains melatonin, which helps to regulate sleep cycles. If you’ve been having some bad sleeps, try incorporating purslane into your dinners for a week.

Many headaches and migraines stem from a deficiency in magnesium. Purslane contains lots of magnesium, so the plant may help to prevent and ward off headaches.

Purslane contains a specific amino acid called tryptophan, which helps to regulate mood. In this regard, eating regular amounts of purslane may help to combat depressive symptoms.