According To Laundry Experts, You Should Be Washing Your Sheets At Least Once A Week 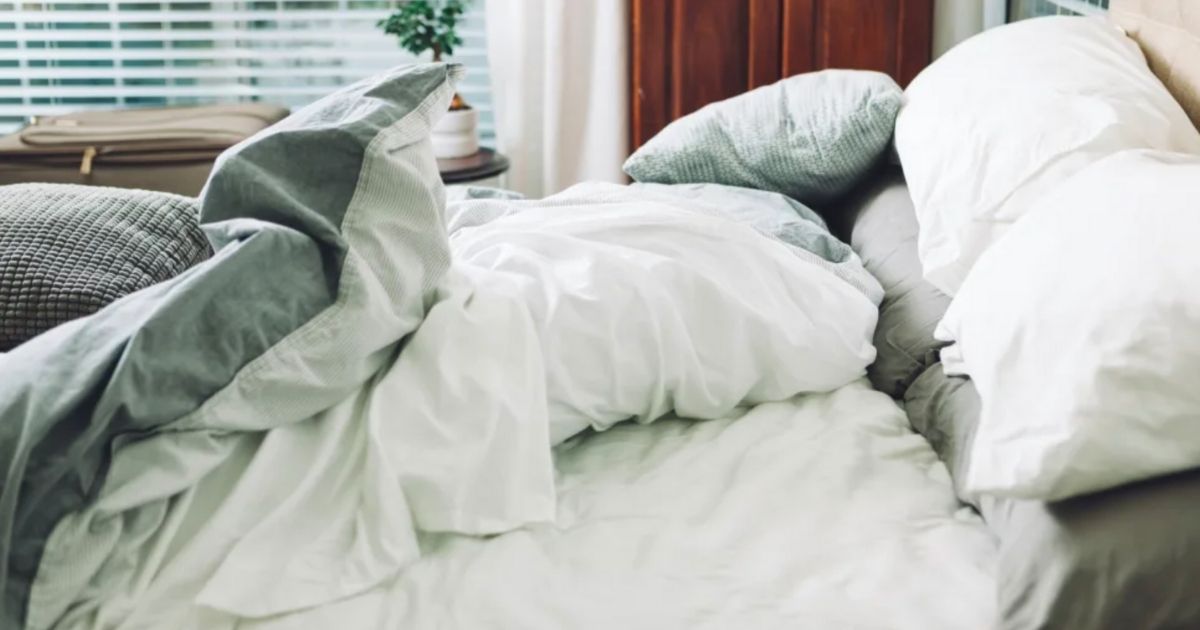 I don’t actually mind doing laundry when it’s things like clothes and towels. But washing our bedding just seems so tedious. First, you have to strip the bed(s). Then, you have to do at least two loads in the washer and dryer, since there’s no way the sheets, pillowcases, and duvet cover/comforter will all fit in one load. Then, you have to remake the bed – the worst part. If you have a duvet and duvet cover rather than a quilt or comforter, you’ll agree with me. And yes, these are all 100% first world problems.

However, the minor inconvenience of washing our bedding means that the vast majority of us don’t do it nearly enough. And although this procrastination may seem completely harmless, it actually isn’t. Laundry expert Mary Marlowe Levertte explained, “During sleep, we continue to perspire, and body oils and soil are released. It is possible to find saliva, urine, genital fluids, and fecal matter in the fibers. If the [linens] are not washed regularly, and the occupant has scratches or wounds, they can be come infected. Athlete’s foot and other fungi can be transferred from fabrics. Infrequent cleaning of sheets and pillowcases allows the fluids to seep into the pillows and mattresses, and those are MUCH more difficult to clean than tossing sheets in the washer.”

I bet reading that doesn’t make you want to jump right into the sheets! But sadly, that’s not the worst part. We all shed flakes of skin as we go about our daily lives, including as we’re sleeping. And those flakes of dead skin attract dust mites, which make their way into your sheets, and also excrete in them (I know, this has reached unprecedented levels of disgusting). Aside from being extremely gross, dust mite excrement can also create health issues for people who have allergies and asthma.

“The excrement of the mites can cause breathing problems for those with allergies and asthma, but can easily be removed by washing in hot water,” says Leverette. “By not washing linens frequently, the oils and fluids build up and embed in the fibers, making them much more difficult to remove. If you have ever pulled some sheets from the linen closet, and they smell slightly rancid and stale, that is body soil left in the fibers because the sheets were not cleaned thoroughly.”

The solution? Leverette says in order to avoid these potential health risks (plus just how gross it all is), everyone should be washing their bedding once a week on the hottest water setting. If someone sweats a lot at night or is ill, the bedding should be washed even more frequently. I don’t know about you, but after reading this, I’ll be washing our bedding at least once a week.