How To Defog A Windshield With Kitty Litter And A Sock 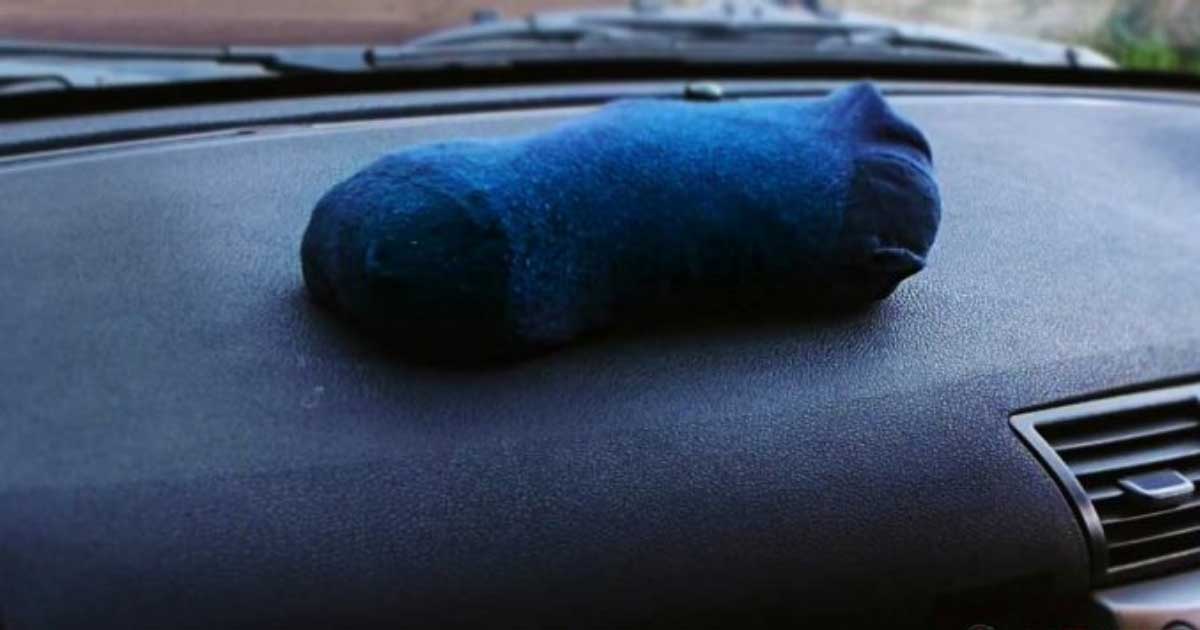 Winter driving in general isn’t all that fun. Aside from the fear of slipping and driving in whiteout conditions, we have to start our cars long before we plan on leaving in order for the engine to warm up and the windows to defrost. Even afterwards, many of us are left with foggy windshields because of the inevitable moisture in our vehicles. So, how do we combat the fog?

Why, with this simple hack, of course! Many people swear by the kitty litter and sock hack for eliminating and preventing a fogged-up windshield. I know it may sound silly, but the kitty litter absorbs the moisture from the air, which is what causes your windows to fog up. Another perk? The kitty litter also absorbs foul odors.

All you need to do is fill a sock most of the way with kitty litter. Secure the end of the sock with an elastic band so the kitty litter doesn’t leak out. Then, simply place the sock on the dash of your car and you won’t need to worry about fogged up glass! If you don’t like the idea of having the sock right on your windshield, you can place the sock under one of the seats instead.

Now that you know this easy, simple hack, hopefully one aspect of winter driving won’t be so bad for you!