How Often You Should Actually Be Washing Your Bathroom Towels 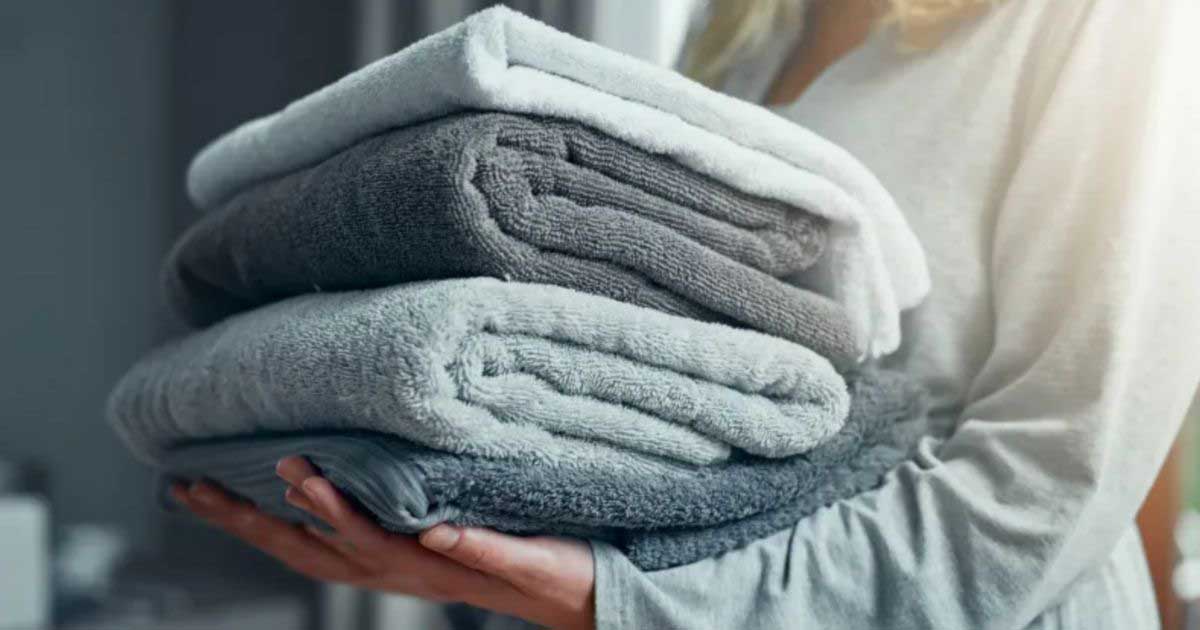 Most of us probably aren’t washing our bathroom towels nearly as often as we should be. After all, we use our towels when we are fresh out of the shower and squeaky clean, so why would we worry about washing them frequently? Well, the answer is pretty straightforward, and it will likely make you rethink that logic. Bathroom towels are the perfect breeding ground for germs, regardless of the fact that you’ve usually showered before reaching for one.

A survey conducted by GE Appliances found that “50% of those polled live by the philosophy that ‘I’m clean when I use it’ because they all admit to using their bath towel at least five times before throwing it in the washer,” GE revealed. “An additional 14% use their bath towels more than eight times before it hits the laundry basket,” GE continued.

In a study conducted by Charles Gerba, microbiologist at the University of Arizona, nearly 90% of bathroom towels examined were contaminated with coliform bacteria and about 14% carried E. coli. “After about two days, if you dry your face on a hand towel, you’re probably getting more E. coli on your face than if you stuck your head in a toilet and flushed it,” Gerba says.

Though our bathrooms may be clean and our bathing habits commendable, bathroom towels still create the perfect breeding ground for bacteria. This is because they’re usually damp, warm and absorbent, and hang in dark (and maybe not well-ventilated) bathrooms. So, how often should we really be washing our towels to prevent this disgusting bacteria from growing?

People should wash any bathroom towels after about two days of use, Gerba suggests, particularly if you have young children in the house. And forget using just a rinse or cold water cycle. Bacteria can survive regular detergent, according to Gerba, so use hot water and a product with activated oxygen bleach to thoroughly clean towels.

Though this might seem like overkill, it really isn’t. The best way to keep your towels free of potentially harmful bacteria is to wash them on a very regular basis. The same goes for hand and face towels, too. Once you get in the habit of doing a very frequent towel wash, it will blend seamlessly into your household cleaning routine. Better safe than sorry!