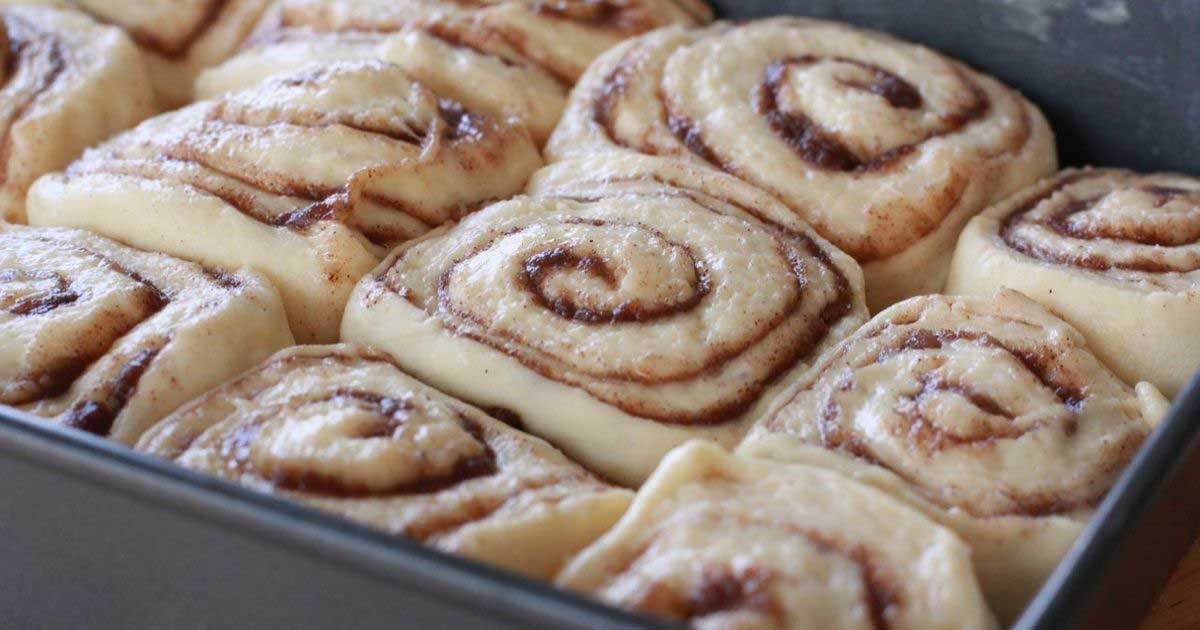 I don’t know about you, but I can’t pass a bakery without buying at least one cinnamon roll. There’s just something so delicious about soft dough, cinnamon, and sweet icing. Although cinnamon rolls look somewhat complicated to make, they’re surprisingly not. And so, I decided to hunt down a mouthwatering cinnamon rolls recipe that you can make right in the comfort of your own home!

Monique of Ambitious Kitchen has created a five-star cinnamon rolls recipe that you’re definitely going to want to try out. They make for big, soft, and fluffy cinnamon rolls that the whole family is bound to drool over.

The best part? These bad boys are topped with a vanilla cream cheese glaze. According to Monique, the secret to making these cinnamon rolls so soft and fluffy is using bread flour instead of all-purpose flour. Who knew, right?

Click here for the full recipe and list of step-by-step instructions. There’s even a great video for all of you visual recipe-followers out there. Thanks for sharing this delicious cinnamon rolls recipe, Monique!