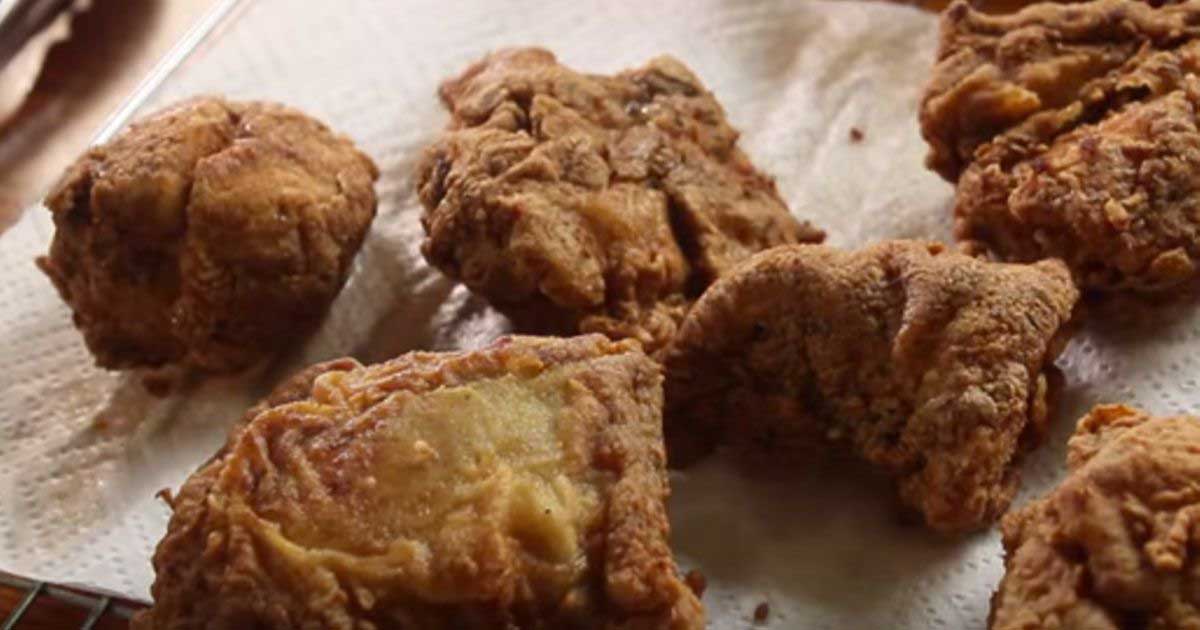 Growing up, my siblings and I used to get so excited the few times a year when our parents would come home with a giant bucket of KFC chicken. No, this isn’t exactly the healthiest food in the world, but there’s just something so satisfying about that perfectly crispy, breaded chicken.

For decades, people have been trying to unearth the secret KFC chicken recipe. So you can imagine one Los Angeles Times‘ reporter’s surprise when the secret recipe basically fell onto his lap. While visiting the Harland Sanders Cafe and Museum, a tribute to the infamous Colonel Sanders we all associate with the KFC brand, a family member began leafing through an old scrapbook with the reporter.

Tucked in the back of the scrapbook was none other than a list of 11 spices to be mixed with two cups of white flour – yes, it was the famous KFC breading and seasoning recipe. Since this recipe has already been making its rounds and clearly isn’t all that secret anymore, we felt it was only fair to share that original, hand-written note with you.

And in case you’re a non-believer, YouTuber Recipe30 put that list of secret ingredients to the test. The result? A finger-lickin’, seemingly identical flavor and crispiness when compared to KFC’s actual chicken. To watch how Recipe30 goes about recreating this generations-old recipe, check out the video below!