Effective Ways To Get Rid Of Moles And Voles 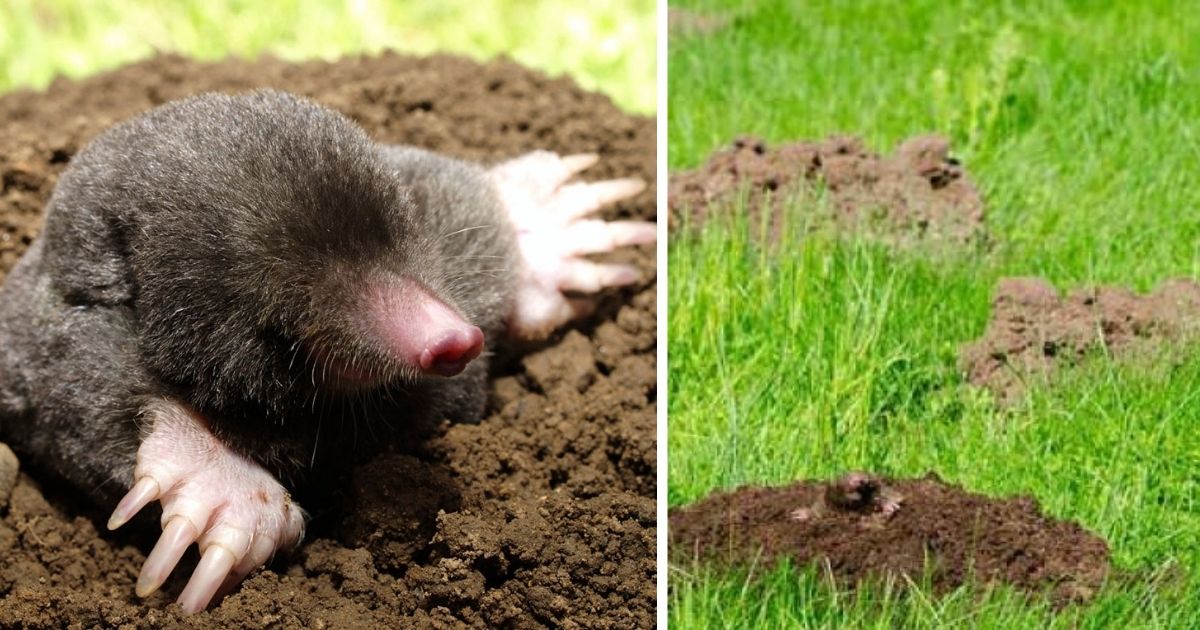 Moles and voles are little critters that are mostly harmless – unless it comes to your lawn, that is. In their search for shelter and food, these tiny creatures can turn a flat, well-kept lawn into a miniature battlefield. Fortunately, there are ways to deal with mole and vole problems before they get too out of control.

What are the differences between moles and voles?

Although the names of these critters only differ by one letter, there are multiple big differences between moles and voles. Moles are slightly bigger, identifiable by their moderately long snouts and hand-like feet. Their eyes and ears are so small and hidden in their fur, it appears as though they have none at all. Moles create tunnels and holes when looking for live insects – the only thing they eat.

Voles, on the other hand, don’t actually look much like moles aside from the color of their fur. Voles look a lot like tiny field mice. Unlike moles, the food of choice for voles is plants, specifically the roots.

Moles and voles also create fairly distinct holes and tunnels, making it rather easy to identify which creature is causing the damage to your lawn. While searching for insects, moles dig holes in the soil, creating mounds of dirt at the entrances to their tunnels that look like mini volcanoes.

When the snow melts, you’ll be able to spot signs of voles by the trail-like web they leave on the surface of grass. During times of the year with no snow, voles relocate to gardens and other plant-filled areas to hide from predators.

How to get rid of moles and voles

As with most things in life, prevention is key. You can prevent moles and voles from making your lawn and garden their home through a few different methods.

Voles will make their way to garden areas when the snow melts, and for them, the more overgrown, the better. To prevent voles from hanging around your gardens and subsequently eating your plants, weed and clear out any overgrowth on a regular basis. The tidier and more visible the plants, the less likely voles are to spend time there.

As we all know, the circle of life exists greatly in nature! Owls, hawks, and other birds of prey are the main predators of moles and voles. Installing perches or boxes for these predators can help draw them to the area and help control mole and vole populations.

If you’ve tried everything and are still noticing voles eating your plants, you can protect them by surrounding plants in mesh cages with garden cloth. Although this may not be very aesthetically pleasing, it can help protect the plants you’ve worked so hard to grow!

If you’re experiencing a mole or vole problem in your garden or with your lawn, hopefully these simple yet effective tips will help to get rid of the problem. Happy gardening!