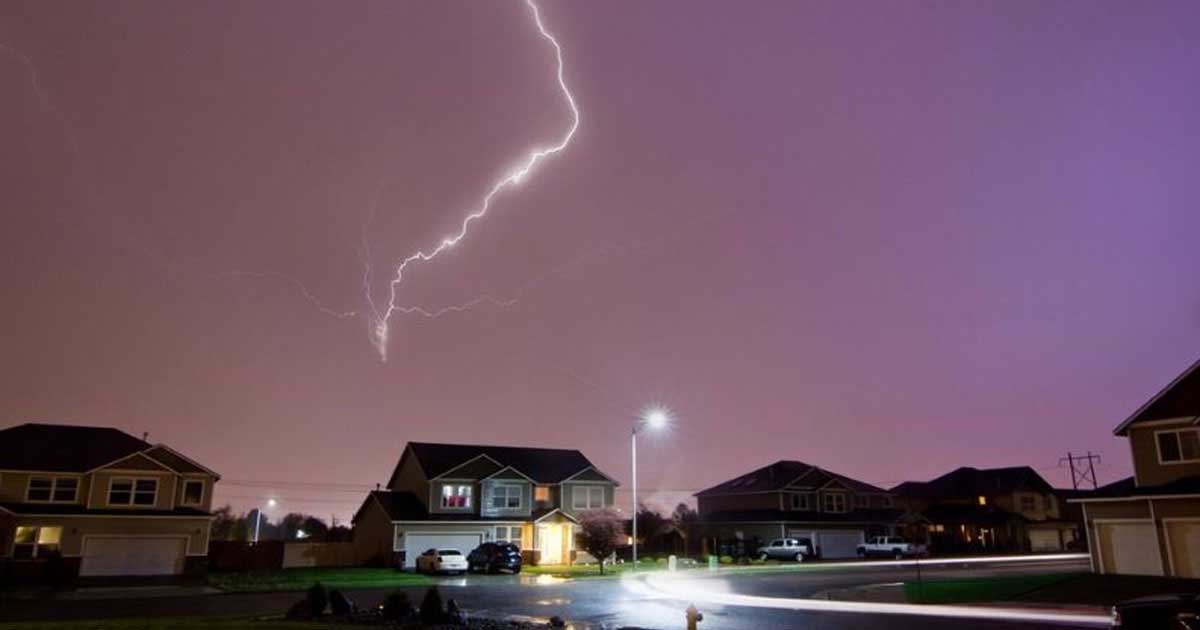 Have your parents or grandparents ever told you it’s not safe to take a bath, shower, or do the dishes during a thunderstorm? Although this may sound like an old wives’ tale, they gave you this warning for a reason. Metallic plumbing pipes (like in your sinks, showers, etc.) are all conductors of electricity. And during a storm, tap water is a pipe’s best friend.

Although pure, distilled water isn’t a very good electricity conductor, the dissolved ions in tap water make it a perfect one. “It would be dangerous to be washing your hands or washing dishes [during a thunderstorm],” explains John Jensenius, a lightning safety specialist for the National Weather Service. “Just avoid those any time you hear thunder. If you’re at all connected to … anything that plugs into the wall, which could be, for example, a dishwasher or a washing machine that’s plugged into the wall or also has connections to plumbing, that becomes dangerous,” he continues.

You may be reading this thinking, “Well, my plumbing pipes are plastic – I’m safe.” However, this isn’t the case. While they do offer a small amount of protection, it’s the water running through the pipes that can still conduct electricity. Jensenius explains that even puddles outside during a storm can electrocute someone standing nearby if lightning strikes in the area.

Being struck by lightning is rare, but it doesn’t mean it can’t happen. If you’re outdoors when a thunderstorm hits, try to make your way indoors as quickly as possible. If you’re in the water, seek land immediately. If finding shelter indoors isn’t possible, seek low ground. Lightning strikes at the highest point, so avoid hills, elevated surfaces, and open spaces. Keep a distance from tall objects including stand-alone trees, flagpoles, telephone poles, and fences. All of these structures can act as lightning rods and increase your chances of being struck.

When you make your way indoors, stay away from anything connected to pipes (sinks, bathtubs, showers, etc.). Avoid using running water and anything connected to electrical outlets. Hang tight until the storm passes, and remember – it’s always a good idea to wait at least 30 minutes from the time the storm has ended before going back outside. Now that you know these important lightning tips, you’ll be better equipped to protect yourself and your family!