The Main Differences Between Margarine And Butter 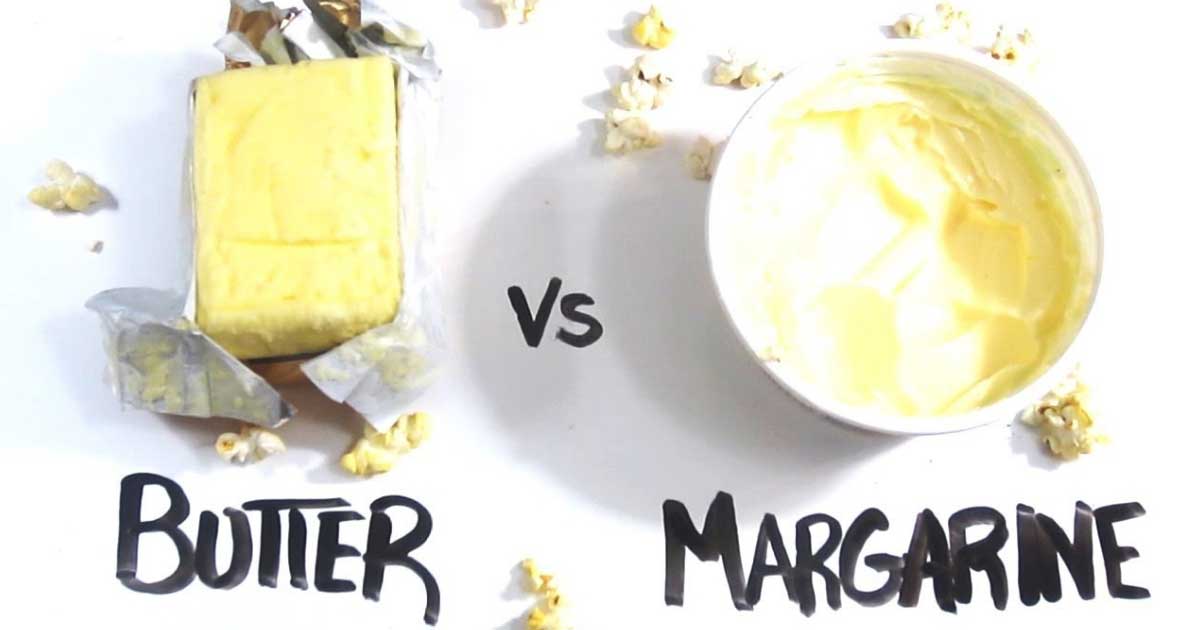 For years, there’s been a debate over whether margarine or butter is the healthier spread option. Although many people think of the two things interchangeably, there are actually multiple substantial differences between them that will likely impact your next trip to the grocery store.

The biggest difference between margarine and butter is that butter is made from milk or cream, while margarine is made from salt, vegetable oil, and emulsifiers (a food additive used to stabilize processed foods). For years, there have been claims stating that margarine consists of similar chemicals to those found in plastic and paint. But according to nutrition expert Dr. Penny Kris-Etherton, this is completely false information.

Although butter and margarine tend to have very similar nutritional information, butter is higher in saturated fat and cholesterol (due to the dairy content), while margarine is high in unsaturated fat. Margarine tends to have higher sodium levels than butter, and is generally higher in calories.