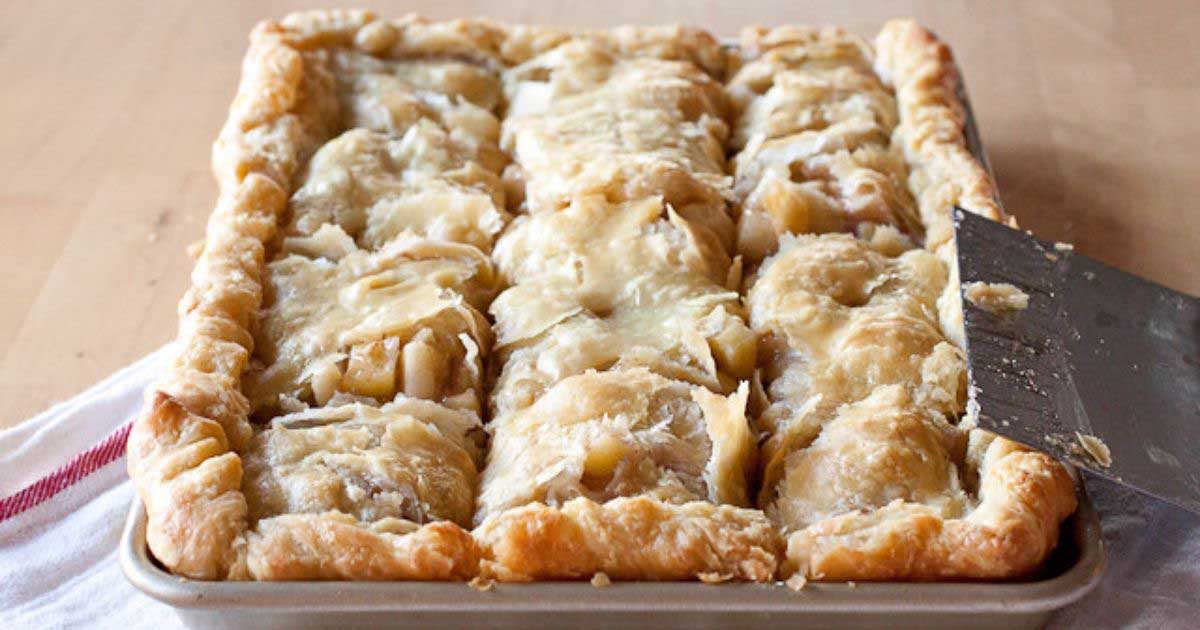 If someone were to ask me what the most classic American dessert was, I would probably have to say apple pie. Sweet, cinnamon-infused apples and buttery, flaky pie crust? Say no more – I’m sold. Now, most pies are round, but the recipe we’re about to share with you is slightly different. However, we know it’s going to be a big hit.

Smells Like Home has created a recipe for apple slab pie that’s about to become your new favorite dessert recipe. This recipe has all of the traditional apple pie flavors you love, but instead of being baked in a round pie dish, it’s baked in a slab on a large baking sheet, before being cut into squares.

Although you can’t go wrong with a round apple pie, apple slab pie is very convenient when it comes to feeding a large crowd. Just divide the slab into squares, and everyone can conveniently serve themselves a piece (or two!). I think it goes without saying that this dessert is a great idea for a holiday dinner, family get-together, potluck, etc.