The Dangers Of Driving With Your Feet On The Dashboard 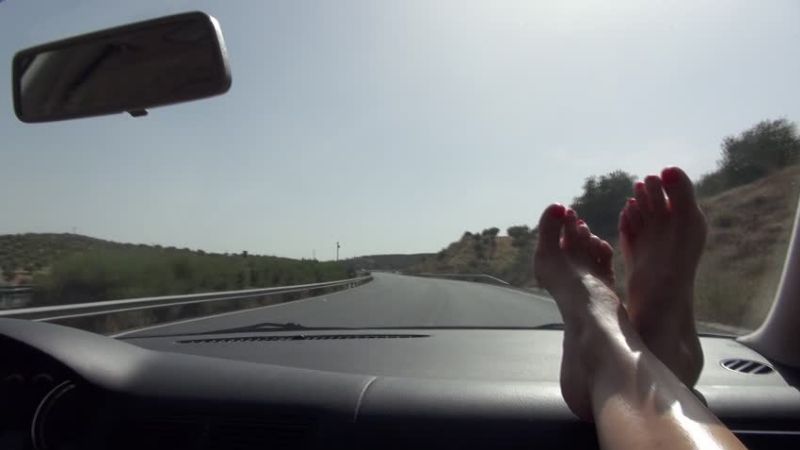 How many movies exist with a road trip scene involving one of the characters singing, dancing, and resting their feet on the dash? You may even regularly rest your feet on the dashboard when you’re in the passenger seat without a second thought. However, this woman’s frightening experience will likely make you reconsider that seemingly harmless habit.

In 2015, Audra Tatum and her husband were driving when their vehicle was suddenly involved in a T-bone accident at an intersection. Audra’s husband was the driver, and Audra had one leg casually rested on the dashboard at the time of the accident. When the airbags deployed, Audra’s foot went straight into her face, breaking her nose and shattering her femur in four places.

In addition to these breaks, Audra also suffered a broken shoulder and arm. “Basically, my whole right side was broken,” she revealed. In hospital, doctors told Audra that if she hadn’t had her foot on the dash, she likely would have walked away from the accident unharmed. But due to her injuries, Audra was forced to quit her job with Emergency Medical Services as she was no longer able to complete the required duties.

Although Audra has since recovered from the accident, it wasn’t without years of chronic pain, physical therapy, and enormous medical bills. Now, Audra is telling her story in the hopes that she can spread awareness about the dangers of driving with your feet up on the dashboard. “If I can save one person from doing this and they’re not going through it, that would be wonderful,” she said.

Although Audra was lucky to survive the crash, many others have met a far worse fate from driving with their feet up on the dash. Whether you’re a driver or a passenger, the safest and only place your feet should be is either on the pedals or on the floor. Always wear a seatbelt, and get your car serviced regularly to ensure everything is in working order (especially the airbags). Let Audra’s story serve as a warning regarding the dangers of riding with your feet on the dash.