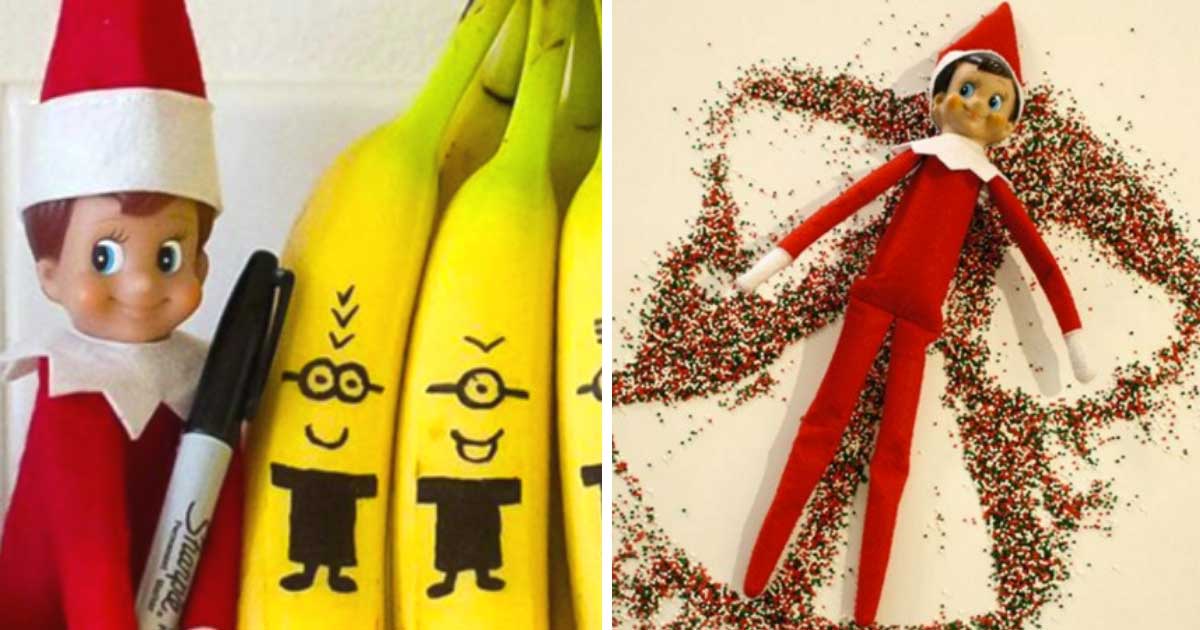 Elf on the Shelf is an awesome family tradition where you hide a plush elf figurine in various locations throughout your home for the month of December. Each day, the elf is supposed to be somewhere different, and kids love to search the house and discover what the elf is up to. If you’re looking for some creative Elf on the Shelf ideas, we’ve got you covered!

Some string and a candy cane is all you need to send your elf zip-lining across the room!

Imagine your kids’ surprise when they find their elf curled up in a Kleenex box in the middle of the washroom.

When armed with a dry erase marker, your naughty elf could draw some funny faces on family portraits.

Some painters tape and an army of toy soldiers are sure to put that naughty elf in his place!

A sink full of water and a small, shallow bowl will send your elf out to sea.

That darn elf has been drawing Minion faces on the bananas again!

In a rare instance of behaving, your elf could be playing quietly with toy cars on a set of marshmallow tracks.

Uh oh! Looks like the elf didn’t quite make it to the toilet on time… I hope it goes without saying that if you have a dog, you should stay away from this idea!

If there’s one thing I know about elves, it’s that they’ve got a serious sweet tooth!

Your elf might be trying to tell you that he wants hotdogs for lunch!

Why would your elf make a snow angel when he can make a sprinkle angel instead?!

Your elf loves hanging out in the fridge because it reminds him of the chilly North Pole. It also happens to be where the whipped cream is kept!