If You Like Eating At Buffet Restaurants, Here’s What You Need To Know 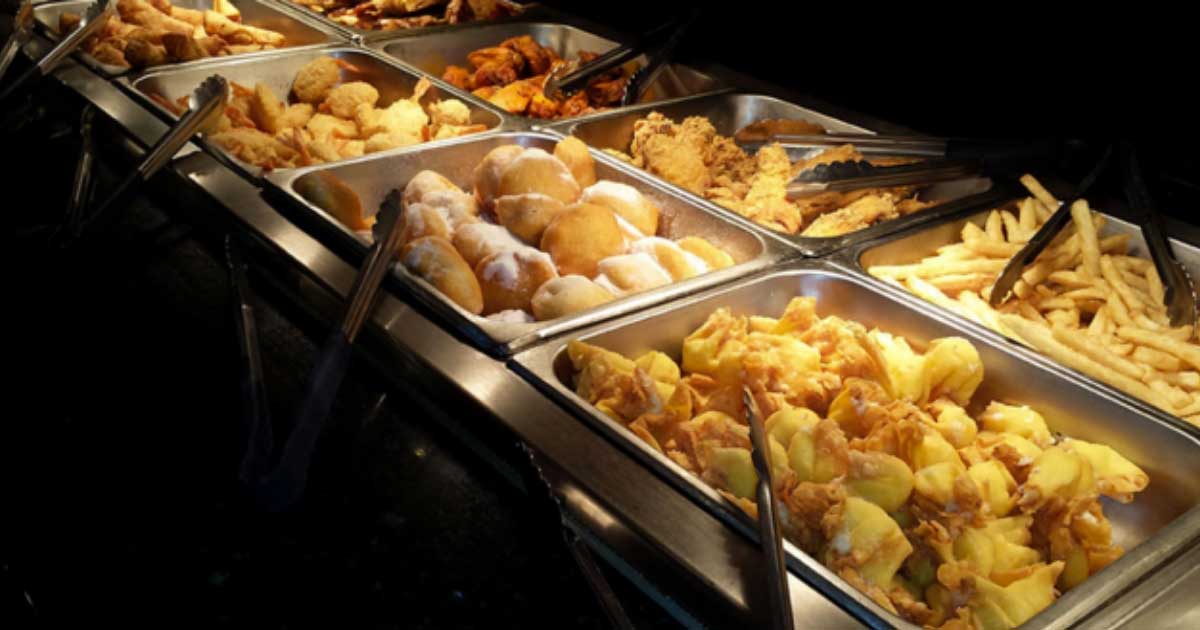 Although I certainly don’t make it a habit, there’s nothing like eating out at a buffet restaurant every now and then. Who wouldn’t get excited about the prospect of an endless supply of food?! I know I do. However, you might be surprised to learn that buffet restaurants are designed with a few sneaky tricks up their sleeves.

When it comes to the food at buffets, you likely already know that many buffets, specifically Chinese buffet restaurants, pack their food full of MSG. Buffets add MSG to their food because it fills people up more quickly, so the buffets can save money (and in turn make money) on food resources.

However, even buffets that don’t use MSG are strategic about their food. You may have noticed that carb-heavy dishes like potatoes, fries, rice, etc. are constantly being replenished and filled to the brim. This is because these foods are extremely cheap to produce and they fill people up more quickly. Buffets will fill dishes like meat and seafood at a much slower rate, as these foods are more expensive, and they want people to become full on the cheaper ones.

You’ve also probably realized that the plates at buffet restaurants are smaller than the average dinner plate. However, when you pile it full of food, it gives you the impression that you’re eating a ton. Buffets use these special plates to encourage people to take less food although they actually believe they’re taking a ton and totally getting their money’s worth.

Have you noticed that most buffet restaurants have unlimited refills on soda and serve drinks to their customers in extremely large glasses? The servers seem to appear the second you’ve taken a sip of your soda or water, refilling it immediately. This is because buffet restaurants want you to become full on your drinks, making you less hungry for the food.