A Link Between A Cluttered Home And Depression 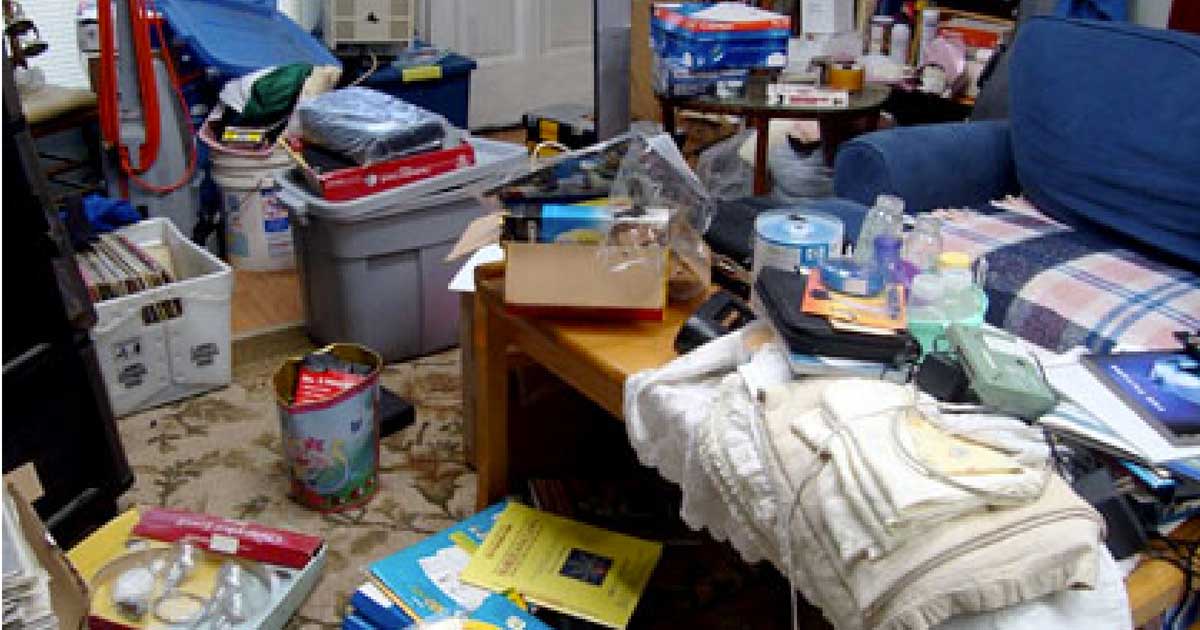 If your home is cluttered, messy, and just generally chaotic, you may feel stressed about it from time to time. However, did you know that a cluttered home could be affecting your mental state more than you think? Studies show that there is actually a link between clutter, stress, depression, and even the dissolution of familial relationships.

In a scholarly journal called “Life at Home in the Twenty-First Century: 32 Families Open Their Doors,” researchers from UCLA observed 32 middle-class, dual-income families from Los Angeles over a four-year period. Their findings were actually quite surprising.

It’s important to note that none of the families involved in the study are people you might find on A&E’s hit show Hoarders. Rather, the families are probably quite similar to your own. They have an average amount of stuff, which ranged anywhere from children’s toys, to books, to home decor items, to clothing, to electronics.

Although these families likely thought that the amount of stuff they had accumulated seemed normal, the study revealed that three quarters of the families who participated could not fit vehicles in their garages because they were using them for storage instead. This might ring true when it comes to your own garage, since they’re the typical spot to store an overflow of stuff.

It likely won’t surprise you to learn that the women in the study were primarily affected by the clutter in their homes. Women in the study group, particularly mothers, had heightened levels of stress hormones that were relevant to the amount of stuff in each of their homes.

However, women are by no means the only people negatively impacted by a cluttered home. The study revealed that the majority of children involved in the study rarely spent time outdoors. Why? Because they had an overwhelming amount of stuff inside their houses to play with instead.

It’s no surprise that clutter leads to stress. Many people don’t know how to properly combat it, so they generate more and more clutter in the meantime. If you suspect that clutter and mess in your own home is leaving you feeling stressed, anxious, depressed, or simply just overwhelmed, the main thing to remember is that you have to start small. They didn’t build Rome in a day, after all.

If you’re ready to start decluttering your home, keep these tips in mind:

1. Tackle One Room At A Time

This rule is key. Pick one room to tackle and give yourself a realistic time frame to sort through it. Don’t move on to another room until you have completely finished the room you’ve started on. If you leave one task before completing it, it will just make you feel even more overwhelmed. For example, start with your kitchen and go through every single cupboard, pantry, and even your fridge. Keep pertinent items you use regularly, and don’t be afraid to donate items you haven’t used in months or even years, especially if you know you never will use them.

2. Know The Difference Between Trash And Treasure

There’s nothing wrong with being sentimental. However, keeping old magazines and newspapers that serve no purpose except to clutter your home is not being sentimental. Donate and recycle any items that you know you should have zero attachment to. There’s nothing wrong with displaying keepsakes and beloved items, however not everything can be a keepsake or beloved item.

3. Stay Away From A Storage Unit

Storage units may seem like good ideas initially, however they really won’t do you any favors. You will likely forget about all of the things sitting in your storage unit collecting dust, not to mention it’s just one more bill to pay every month. Instead of storing furniture, clothing, and other items you know you will never use, have a yard sale or donate the items to a shelter or secondhand store.

Pretty much everyone loves to shop in one way or another. However, shopping is obviously the leading cause of clutter, so it’s important to watch what you buy. As a general rule of thumb, for every new electronic, home decor item, piece of clothing, or essentially anything else that you bring into your home, you should be donating an item that you already have. If you’re not willing to part with anything, you shouldn’t be buying what’s in your cart.

Now that you know the steps it will take to declutter your home, go ahead and get started with a calm and confident mindset! Remember to start small — even small steps are progress, and you’d be surprised to see the transformation your home will undergo if you just keep at it.