The Direction Your Ceiling Fan Should Spin Depending On The Season 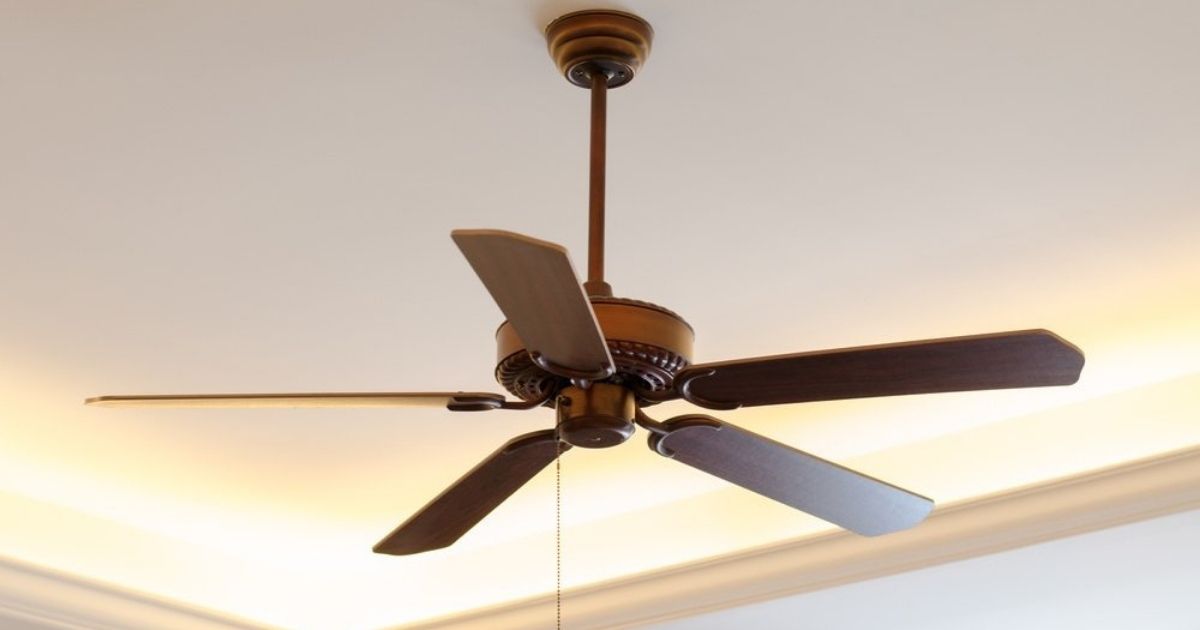 I think it’s safe to say most of us have at least one ceiling fan in our homes. I love both the breeze and white noise created by ceiling fans, so we have one in every bedroom. I’d never given them much thought past that – until I discovered that ceiling fans should spin in one direction for the summer, and in another direction for the winter. Who knew?!

Ceiling Fan Direction In The Summer

During the warmer months, your ceiling fan’s blades should spin in a counterclockwise (reverse) direction. This pushes the air down towards you, cooling you off and creating more airflow in the room. This will make your air conditioning system more efficient, and can even reduce air conditioning costs by up to 40%.

Ceiling Fan Direction In The Winter

During the cooler months, switch the direction of your ceiling fan to spin in a clockwise direction. This will help distribute the heat more evenly throughout the room. This can reduce heating costs by up to 15% – it’s a no-brainer!

How To Switch The Direction Of The Fan

If you’ve never switched the direction of your ceiling fan before, not to worry. Modern ceiling fans make switching the direction the blades spin very quick and easy. If your fan came with a remote, chances are there’s an option on the remote for switching the direction. If your fan did not come with a remote, there is likely a switch on the base of the fan, just below where the blades sit. If the switch is vertical, flip it up during the winter and down during the summer. If the switch is horizontal, flip it to the left during the summer and to the right during the winter. If your ceiling fan is rather old and doesn’t have either a remote or a switch, it may be time for an update. And remember, it’s important to clean your ceiling fan blades periodically too!

Well, I only learned this information recently, but now I’ll be sure to change the direction our fans spin depending on the season. Hopefully we can all have more efficient heating and cooling systems now, and save a little bit of money in the process!