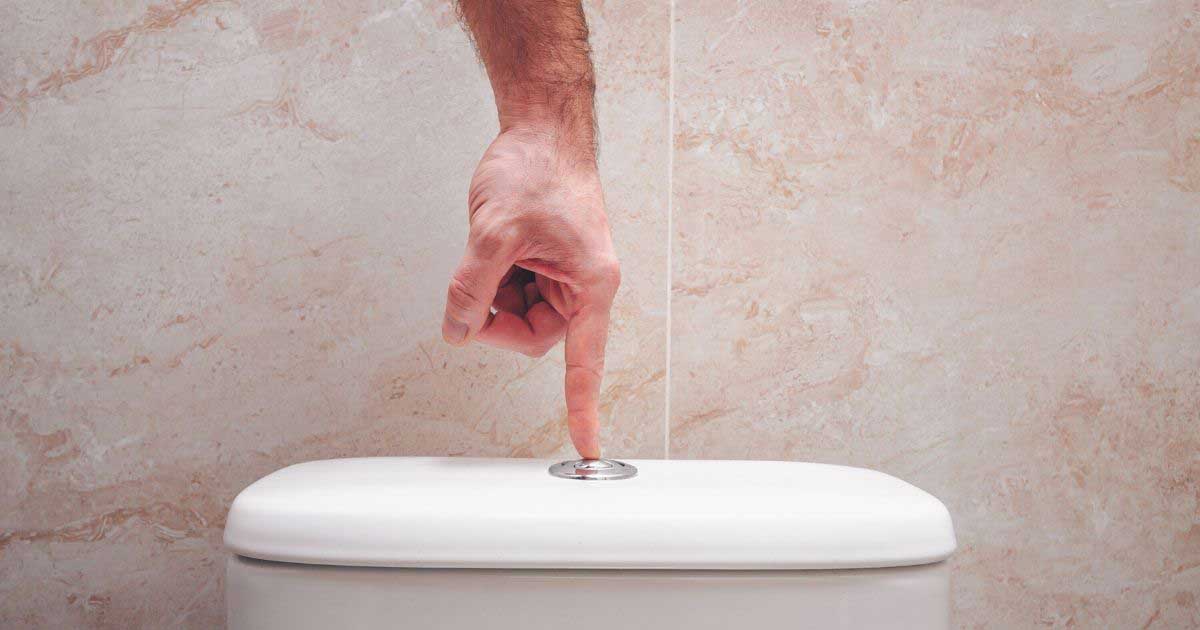 Today, we’re going to talk about something that people don’t generally love to talk about: toilets. Like it or not, there are some important things to know when it comes to toilets, since the toilet is something all of us use multiple times a day. Failing to flush the toilet properly can lead to some pretty disgusting contamination, so this is definitely an important topic to cover.

Today reports that every time you flush your toilet, whatever you have deposited in the toilet is taken down the sewer pipes, and something super unpleasant called “toilet plume” is released into the air. Toilet plume is essentially a spray that contains microscopic bacteria, including E. coli.

Research reveals that the bacteria found in this spray can exist in the air for at least six hours, and contaminate multiple surfaces in your bathroom, including your towels, Kleenex box, sink, toothbrushes, beauty products, and more. So, how can we prevent this disgusting reality from happening?

Every time you go to flush the toilet, put the lid down first. Closing the toilet lid decreases the possibility that this toilet plume will end up in the air throughout your bathroom, and potentially on other bathroom surfaces as well. If you’re in a public washroom where you don’t have the option of putting the toilet seat down, lean as far away from the toilet as possible after flushing, and thoroughly wash your hands immediately afterwards.

While the chances of you getting sick if you happen to not put the toilet lid down are low, it’s not really worth the risk. Toilet lids were invented for a reason, so to keep your bathroom as germ-free as possible, it’s probably best to keep the lid shut before flushing – seems like a pretty fair trade-off, if you ask me!