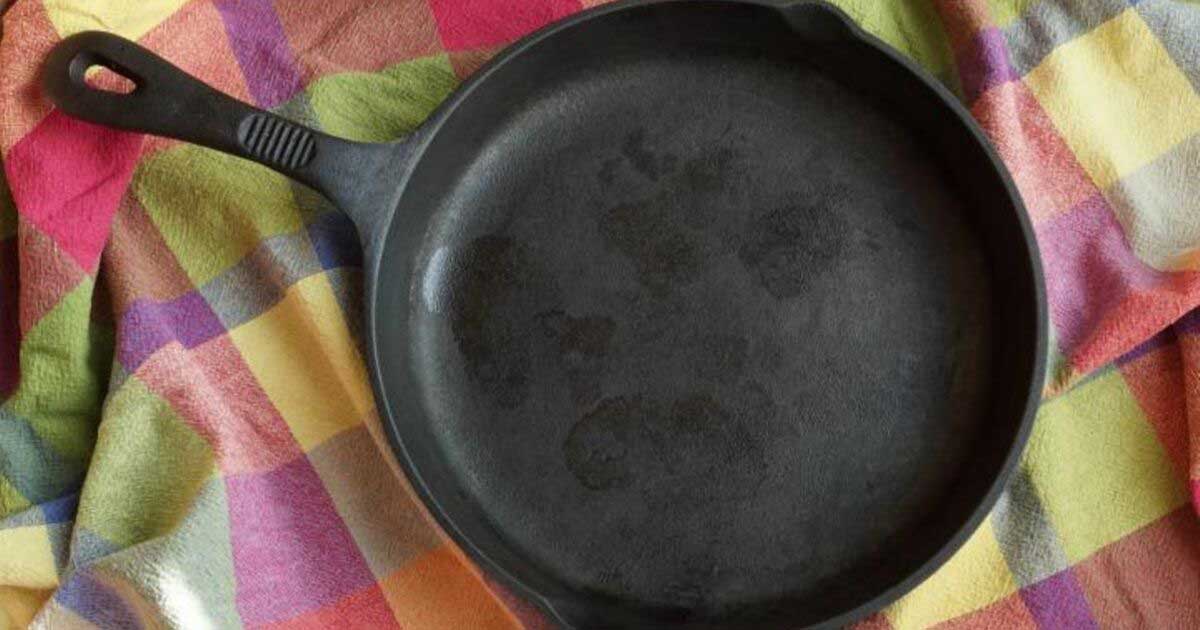 Cooking is one of my favorite pastimes, and if I could suggest one piece of cooking equipment that everyone should have in their kitchen, it would be a cast iron skillet. Cast iron skillets can be used to cook so many different dishes, and they add such a great kick of flavor to whatever’s being cooked in them. However, there are lots of myths floating around surrounding cast iron skillets, and today’s the day to set the record straight! Here are six commonly believed myths about cast iron skillets that you don’t need to pay any mind to. Thanks to Serious Eats for the information and inspiration!

It’s widely believed that washing cast iron with soap will ruin the carefully built-up seasoning. However, dish soap won’t actually affect the layer of seasoning, so go ahead and use it! Just be sure not to soak your cast iron skillet in soapy water. Clean and dry it as quickly as possible.

2. You Can’t Cook Acidic Food In A Cast Iron Pan

You may have heard that you shouldn’t cook acidic food (like tomatoes or onions) in cast iron pans because the acidity can eat away at the cast iron. However, the acidity shouldn’t actually come in contact with the cast iron, as the layer of seasoning will be protecting it from the acidity.

While lots of cast iron (especially pans that have been well seasoned) don’t tend to stick, cast iron generally doesn’t have the same non-stick properties as non-stick pans made from materials like Teflon. Just be sure to preheat the pan before adding food to it to prevent sticking.

4. You Can’t Use Metal Utensils On Cast Iron

Cast iron is so highly regarded because it can be heated to such extreme temperatures. However, cast iron doesn’t actually heat very evenly. To ensure the pan isn’t just hot right above the flame, it’s not a bad idea to preheat the cast iron pan in the oven for about 10 minutes beforehand.

6. Cast Iron Can Be Left To Drip Dry

No matter what you do, don’t let your cast iron pan drip dry. If you let the pan stay wet, it could form rust. It’s best to pat the pan dry with a paper towel right after washing it.

Now that you know these great tips for cast iron maintenance, hopefully you’ll be able to use your cast iron pans and skillets for many years to come!