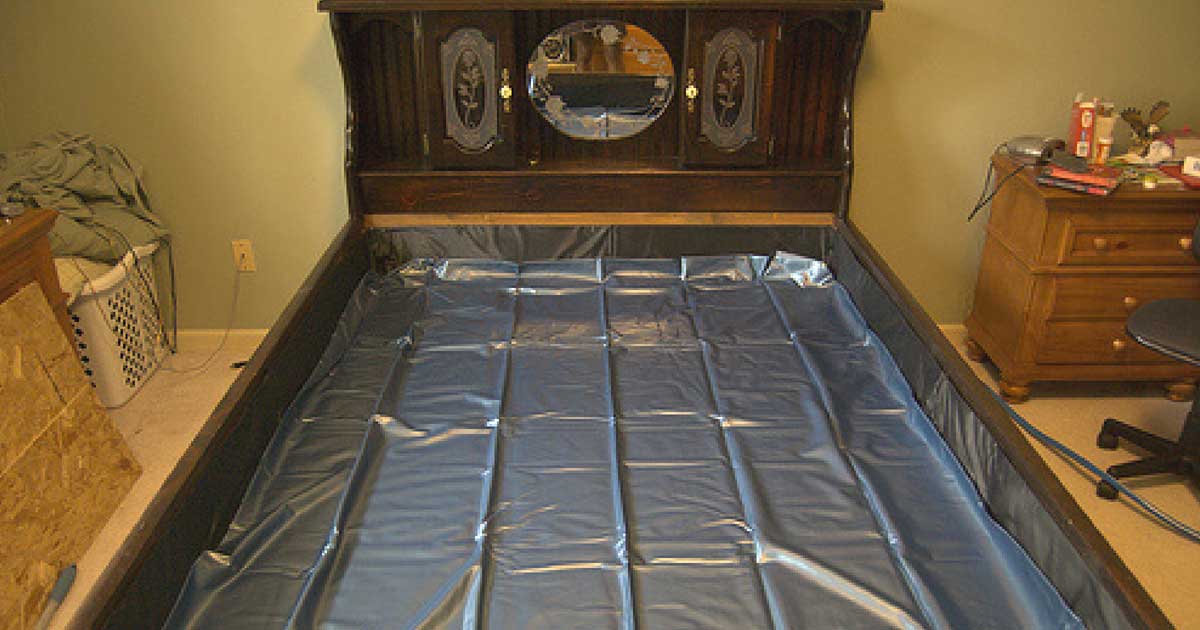 You remember waterbeds, right? They were wildly popular in the ’70s and ’80s before they slowly began to die down in the early ’90s. During the onset of their popularity, it seemed like everyone had a waterbed. They were one of those furniture fads that actually lasted longer than most, until people moved on to whatever came next.

I remember so many of my parents’ friends having waterbeds in their homes, although we never owned one. I also remember at least one of them springing a leak and flooding most of the basement it was situated in. This is probably one of the main reasons why the waterbed craze only lasted for as long as it did.

Anyways, the inventor of the first waterbed model, Charles Hall, thinks that a waterbed comeback is in the near future. Hall invented the waterbed in 1968 as part of his final thesis project when he was a Masters student. Even though most of us haven’t seen a waterbed in a few decades, Hall is still perfectly happy with them. In fact, he still owns many of them!

“In each house, I have a waterbed,” he revealed. “And you know what? I wouldn’t sleep on anything else. They are the most comfortable bed around,” he continued. Hall also thinks that now that some time has passed, the current generation will be able to appreciate waterbeds more.

“I don’t think a millennial has ever seen one,” Hall commented. He also revealed that his company will be releasing a new waterbed model sometime this year. He said that these new models will feature temperature control options, design changes to stop “waves” from happening, and a much more streamlined frame.

Although we, as humans, tend to feel nostalgic towards pieces of furniture popular when we were kids, I don’t think I’ll be buying a waterbed anytime soon. Mattresses are expensive, so if you’ve already got a good one, hold on to it! However, there are bound to be some people out there who will jump on the new-and-improved waterbed bandwagon — will you be one of them?