How To Shovel Snow Without Making It A Backbreaking Task 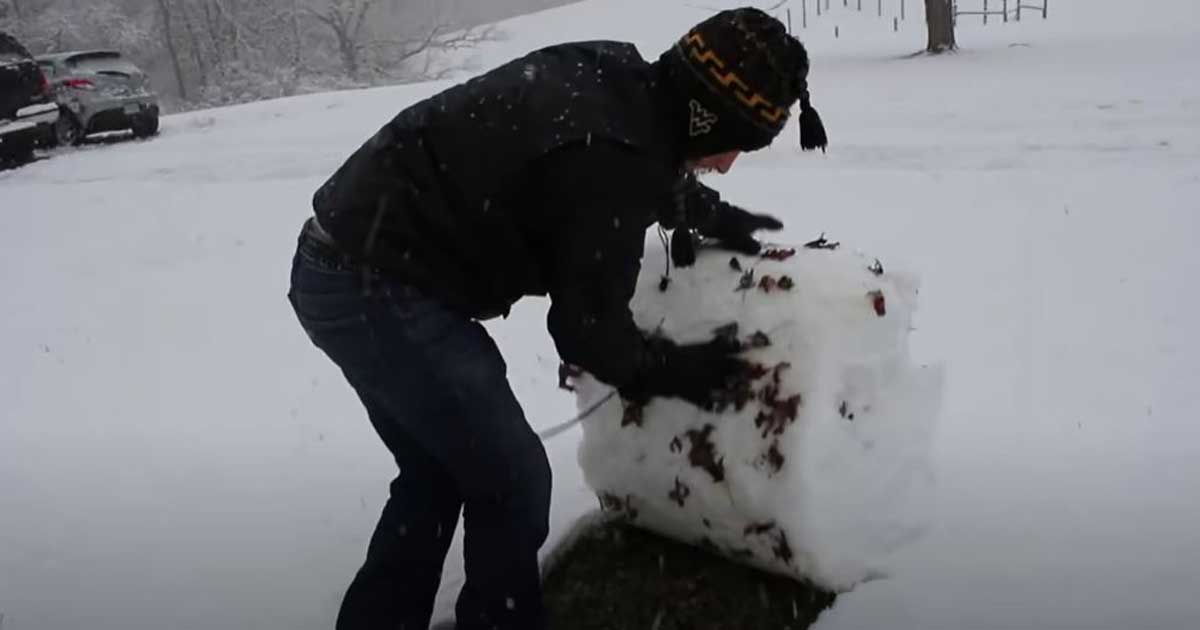 If you live somewhere with long, cold, snow-filled winters, I feel your pain. Where I live, we can get up to three feet of snow in the blink of an eye. Sometimes, it’s so treacherous out there, all schools, local businesses, and bus routes completely shut down. And while I don’t mind hibernating in my home during the odd snow day, what I do mind is the backbreaking task of shovelling.

If you don’t look forward to sweating and throwing out your back while trying to dig out your driveway or front walkway, the hack we’re about to share with you is bound to be a hit. West Virginia resident Joshua Jordan developed a hack for clearing snow that’s about as simple as building a snowman.

Instead of shovelling snow, you can “roll” the snow like you would when making a snowman. But instead of making three different sized spheres, you just keep on rolling snow until you have a line that’s completely cleared away. This hack may sound silly, but it’s actually a stroke of genius. Just check out the video below to see this brilliant snow removal hack in action!