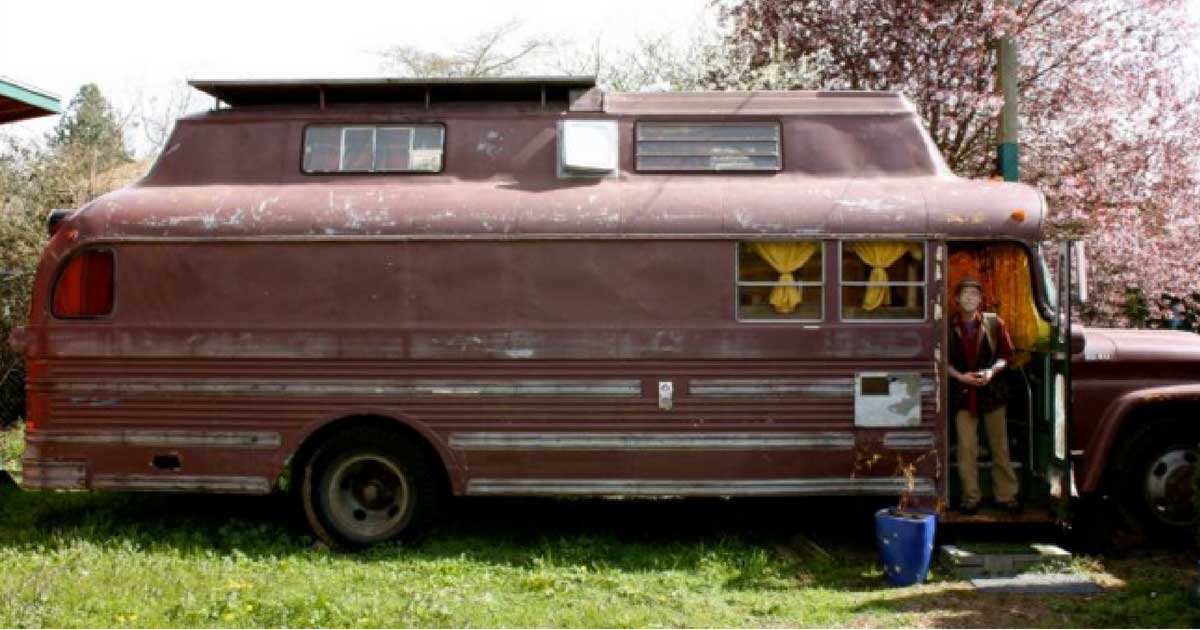 You’ve likely seen lots of people partaking in the tiny home craze. At certain points in life, it’s nice to downsize, simplify, and open your arms to a more mobile lifestyle. And although the home we’re about to show you is a sort of tiny home, the difference is that this residence is actually a converted school bus.

This story originally came from Smaller Living, when Claire Flint wanted to showcase an old school bus her dad had converted into his home. All of the photos you’re about to see were taken by Claire herself! Greg Flint, Claire’s dad, is a 70-year-old artist, stonemason, and builder, which is evident once you see the magic he created in this unlikely home.

As fate would have it, an old school bus Greg nicknamed “Buster” came into his life. He explained that two of his friends hired Greg to fix up the bus and drive it to Mexico. However, the friends (who were a couple) ended up calling it quits, and Greg had fallen in love with the bus. He bought it off of them and couldn’t be happier.

“I’ve lived in Buster for almost 15 years now, and I love it!” he said. “Everything is simple and handy, cozy and comfortable!” Greg currently has Buster situated in a friend’s yard in Sandpoint, Idaho. His “rent” is covered by taking care of the property’s yard and orchard.

If you want to know more about Buster, the bus is a 30′ ’65 Chevy bus with the upper section of two VW vans. When Greg first got the bus, it was already a motor home. However, it looked nothing like it does today. He redid the entire interior and used many salvaged materials in the process. “The counter tops and kitchen table and bench backs were all made from an old cedar chest that was a gift from my daughter,” Greg said.

Who needs a log cabin when you can make one out of a school bus?! With a little bit of vision and some hard work, Greg created a custom space for himself that’s rustic, charming, and allows his personality to shine through.