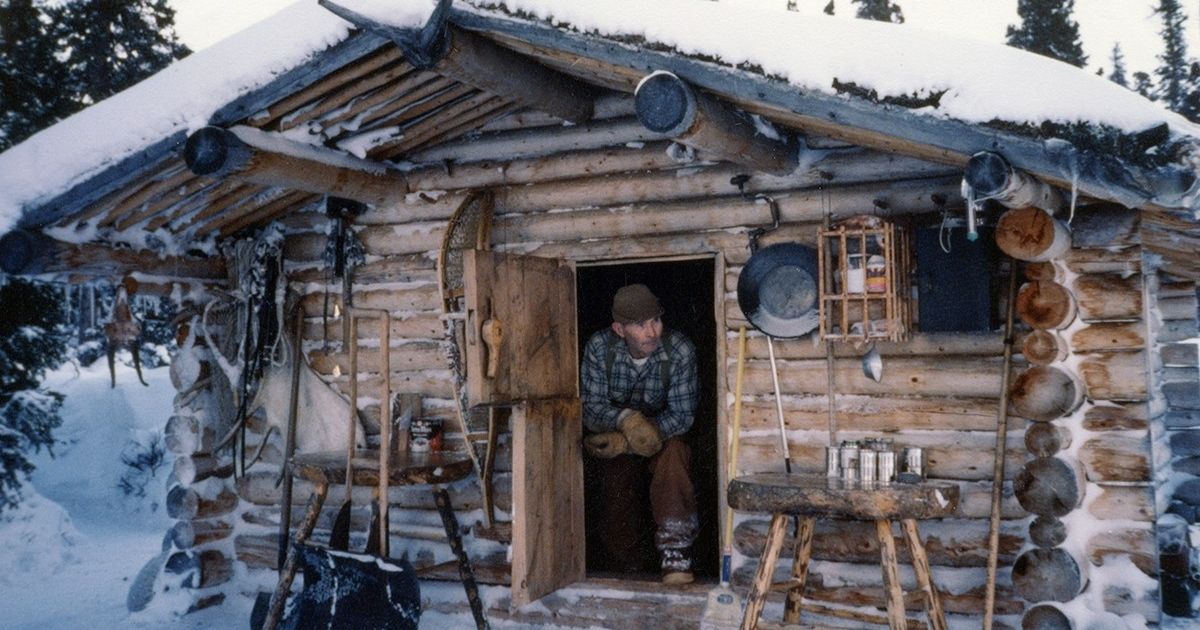 If you’ve never heard of Richard (Dick) Proenneke before, today is your lucky day. Dick was an American writer, wildlife photographer, and conservationist who lived in a log cabin alone for 30 years deep in the Alaskan wilderness. Oh, yeah – and he also happened to have built that log cabin by hand with only materials found in surrounding nature. Dick moved to the cabin in his retirement at age 53, remaining there until 1999, spending the remaining four years before his death living in California with his brother, Raymond.

Dick’s cabin is so deep in the wilderness, it is only accessible by seaplane. His longtime friend, pilot Leon Reid Alsworth, would fly in on a semi-regular basis to deliver food, mail, and any other supplies Dick needed. Dick stored his food in metal containers below ground to stay cool, ensuring that any perishable food items would stay safe to eat for a long time.

In the 30 years Dick lived in his cabin, he only rarely left to visit family. He loved the solitary life and beauty of the Alaskan wilderness, and had everything he needed to be happy. He even recorded film footage showcasing his solitary, remote lifestyle, which was eventually made into a documentary called Alone in the Wilderness. Dick had recorded so much footage, a sequel was also made in 2011.

Check out the video below of a short clip from a film program about Dick and his remote lifestyle:

At the astonishing age of 83, Dick made the decision to leave his remote cabin, moving to Hemet, California, and lived with his brother. He passed away from a stroke in 2003. He had willed his cabin to the National Park Service, and it remains a popular tourist attraction in Lake Clark National Park. Dick has had multiple books and articles written about his unique and extraordinary life, and the hope is that his respect and appreciation for nature and conservation lives on in his legacy.