Front-Load Vs. Top-Load Washing Machines: Which Type Is Best? 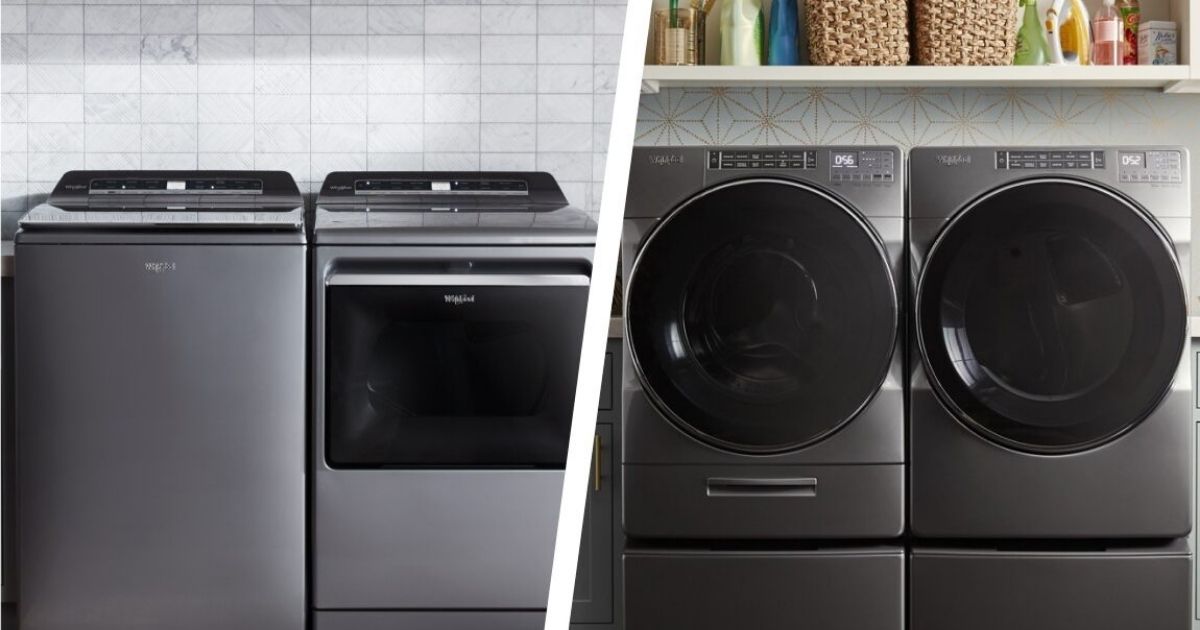 Front-load washers tend to be the most popular these days. They have circular doors allowing you to see the laundry churning around inside. Some people may not like seeing their laundry at work, while others (like me) pay no notice to it. One style benefit of front-load washer and dryers is that you can have a countertop installed over top of the machines to use for sorting and folding laundry. Of course, you can’t have a countertop over top-load washers.

New top-load washers tend to look very sleek and streamlined. Older models aren’t the most sightly. Your choice in terms of appearance will likely depend on whether or not you’re looking to have a folding counter installed.

Quite possibly the biggest downside of front-load washers is having to constantly bend down to put the laundry in and take it out. This can be very uncomfortable for people with mobility and back issues, or the elderly. However, people in wheelchairs would find front-load washers a necessity – so it all depends on the person and household in question!

For the first time in years, we are living in a house with a top-load washer. And although it’s not as stylish as the front-load washer from our old house, I must say that I love not having to crunch down and strain my back to get the laundry in and out.

Although top-load washers can be loud, they tend to have much quicker cycles (I can speak to this!), and you easily have the option of adding more laundry in during the cycle.

As mentioned, front-load washers require less water and detergent, which are both cost savings. However, the cost of the machine itself tends to be more than top-load washers. Front-load washing machines usually don’t require repairs as often, but they are more expensive to repair than a top-load machine.

You may use more water and detergent with top-load washers, but the machine itself will cost you less. They also have a longer lifespan than front-load washers.

As you now know, there are pros and cons to both front-load and top-load washing machines. When it comes to efficiency and durability, a top-load washer takes the cake. But when it comes to the stacking option and water conservation, the front-load washer wins. Identify your space, as well as your laundry needs, and you’ll be able to pick the machine that’s best for you and your family!