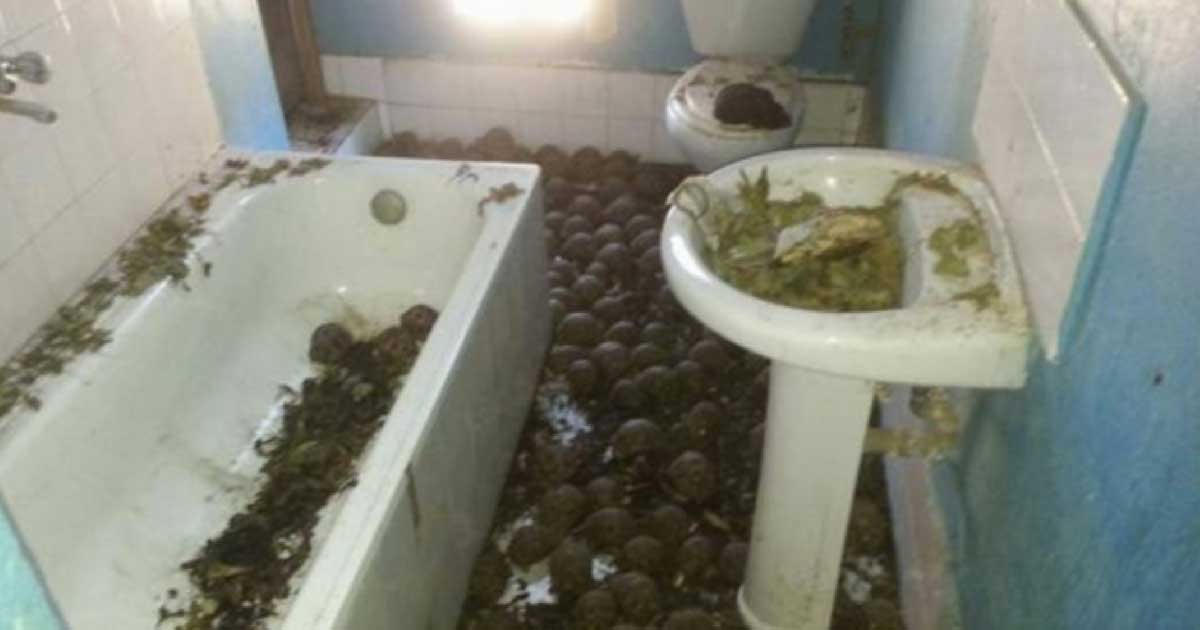 After residents of an apartment building in Toliara, Madagascar began complaining about a horrible smell, authorities were forced to address the issue. Head of Madagascar’s environmental agency, Soary Randrianjafizanaka, entered the building assisted by local police officers and some of her own colleagues.

Mind you, they didn’t just burst into the apartment. Soary and the others had obtained the necessary legal documents in order to enter the apartment. Whatever the team thought would be inside, they were shocked beyond belief. Immediately after opening the door, the team was hit by an indescribable, horrendous smell.

Inside the apartment, the team discovered thousands of radiated tortoises. The tortoises were being stored in the apartment as part of a black market trade to sell exotic and endangered species of animals.

Everywhere the team looked, they could see tortoises. The poor animals covered the floors, the bathtub, the sink, and any other ledge they could scatter on to. “You cannot imagine,” Soary revealed to National Geographic. “It was so awful.”

No one knows exactly how long the tortoises had been there, but the smell was due to the mass amount of urine and feces the tortoises were being forced to live among. Soary and her team quickly got to work, but first, they needed to count the tortoises. They discovered a whopping 9,888 tortoises in the apartment. Sadly, 180 of them were dead.

Soary and her team worked tirelessly to evacuate the tortoises from their horrifying living conditions. She organized six trucks to transport the tortoises to Turtle Village, a turtle sanctuary about 18 miles from the apartment where the poor tortoises had been held captive.

Over the next few weeks, veterinarian Na Aina Tiana Rakotoarisoa did everything she could to save the remaining tortoises. Unfortunately, 574 tortoises ended up succumbing to their poor health conditions. Between dehydration, starvation, and infection from their disgusting living conditions, many of the tortoises just didn’t stand a chance.

The owner of the building and a few other suspects have been arrested in regards to the tortoise situation. Although authorities are unclear as to what their specific roles may have been, they are definitely guilty of housing the tortoises and aiding in the black market trade of them.

According to National Geographic, “taking radiated tortoises from the forests is illegal in Madagascar, and a treaty signed by 182 countries and the European Union bans commercial trade of the species.” Unfortunately, this doesn’t deter some dishonest people from trapping the animals and using them for illegal profit.

If you ever see an exotic animal that just doesn’t look like it belongs, report it to the authorities. It is extremely difficult to obtain exotic animal licenses in North America and Europe, so reporting these incidents will only aid in stopping the illegal trade of exotic and endangered animals.

We applaud Soary and her team for giving the rescued tortoises a second chance at life, and we hope to not see another heartbreaking story like this one any time soon.