How to Install a New Ceiling Fan 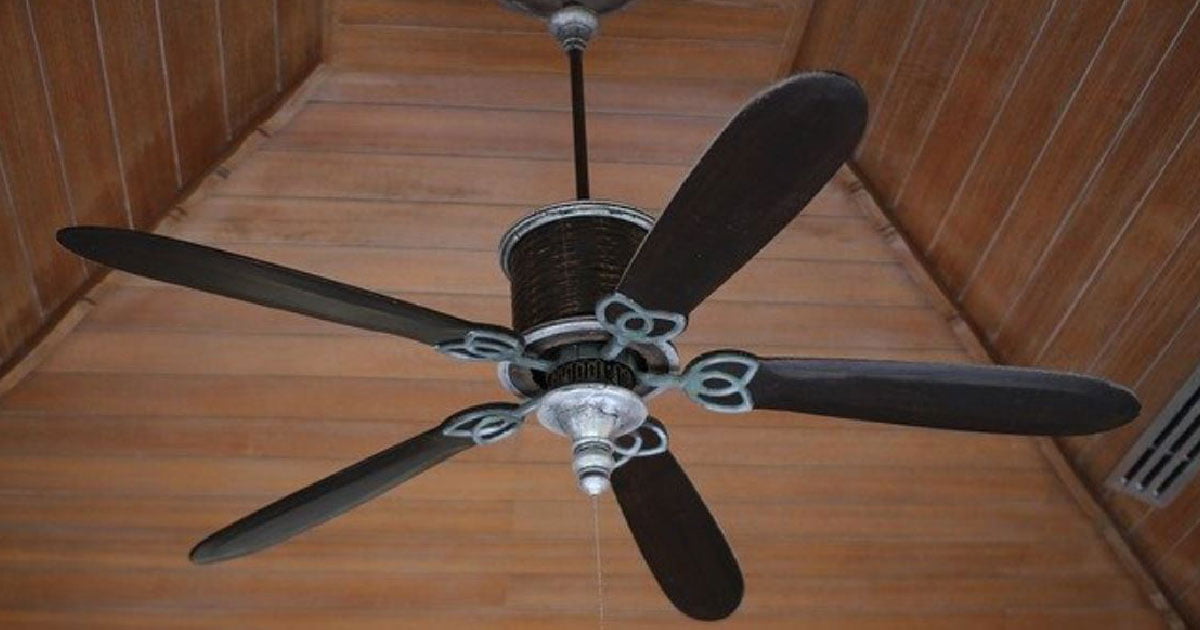 If your ceiling fan is wobbling, making noises, or having other obvious issues, it might be time to replace it. Or maybe you don’t have a ceiling fan at all, but wish you did. Installing your own ceiling fan is a pretty easy do-it-yourself job that most able-bodied homeowners can complete in one day. All you have to do is take down the old ceiling fan or light fixture and put up a new ceiling fan in its place. Here’s how it’s done.

Turn Off the Right Electrical Circuit

Before you start your new fan installation, you need to cut the electricity to the circuit on which the fan operates. This way, you won’t electrocute yourself when you start to disconnect and reconnect the wiring. Go your breaker box and turn off the breaker that controls the circuit your fan is on. Then go back to the room where the fan is and test the lights to make sure the power is really off. If your breakers aren’t labeled, you can map your electrical circuits to figure out which breakers control which circuits.

Take Down the Old Fixture

With the power switched off, it’s safe to remove the old fan or light fixture. A small light fixture is pretty easy to remove by yourself, but if you have something big like a chandelier, you might need some help.

Make Sure You Can Anchor Your New Fan Securely

Ceiling fans typically weigh at least 50 pounds, so you need to make sure you have something in your ceiling to anchor yours to. If you have a ceiling joist running above the hole in your ceiling, you’re in luck – you can anchor your fan right to the joist. If you don’t have a joist handy, though, you’ll need to put a fan brace between the two joists on either side of the ceiling hole. You can get metal ones that you can slide up through the hole and then expand until they self-anchor in the joists. If you can get into the attic to work on the joists from above, you can install a piece of two-by-four between the joists, anchoring it with 1.5-inch screws.

Put Your New Fan Motor Together on the Floor

The process to assemble your new fan motor may vary somewhat, depending on what kind of fan you get. Most fans have downrods that need to be attached to the top of the motor housing, and that then can be anchored into the ceiling mounting plate. Not all fans have downrods, though – flush-mount fans may require a different assembly process, for example. Consult the assembly directions that came with your fan to complete this step.

Hang the Fan Motor from the Ceiling

As long as your home wiring is up to code, you will find three colors of wires sticking out of your ceiling: black, white, and green or bare. The black wire is hot – it carries the electricity into your fan. The white wire is neutral – it completes the electrical circuit by carrying electricity out of your fan. The green or bare wire is the ground – it acts as a safety measure, so that if something goes wrong with the circuit, the extra electricity is diverted into the earth.

The green or bare wire in your ceiling should be wrapped around the green ground screw in your electrical box. Make sure the part you wrap around the ground screw is bare, and that you leave enough hanging off the ground screw to connect it to the ground wire coming out of your fan motor. Connect the wires in your ceiling to the matching wires coming out of your fan: black matches up with black, white matches up with white, and ground matches up with ground. Use wire nuts to secure the connections, and tuck the wires back up into the electrical box when you’re done. Connect your fan motor to the ceiling mounting plate using your fan assembly instructions, and fix the fan canopy in place.

Put on the Finishing Touches

With your fan motor wired up and secured to the ceiling, you’re ready to finish up. Attach the fan blades to the fan, being careful to keep them all the same distance from the floor. If you bought a new ceiling fan with lights, you will need to attach the light fixture to the fan motor housing. If there are wiring connections to be made, do them just as you did when you wired up the fan motor itself. Once the light fixture is attached to the fan, add the shades and bulbs. Restore power, and you should be ready to start enjoying your new fan.