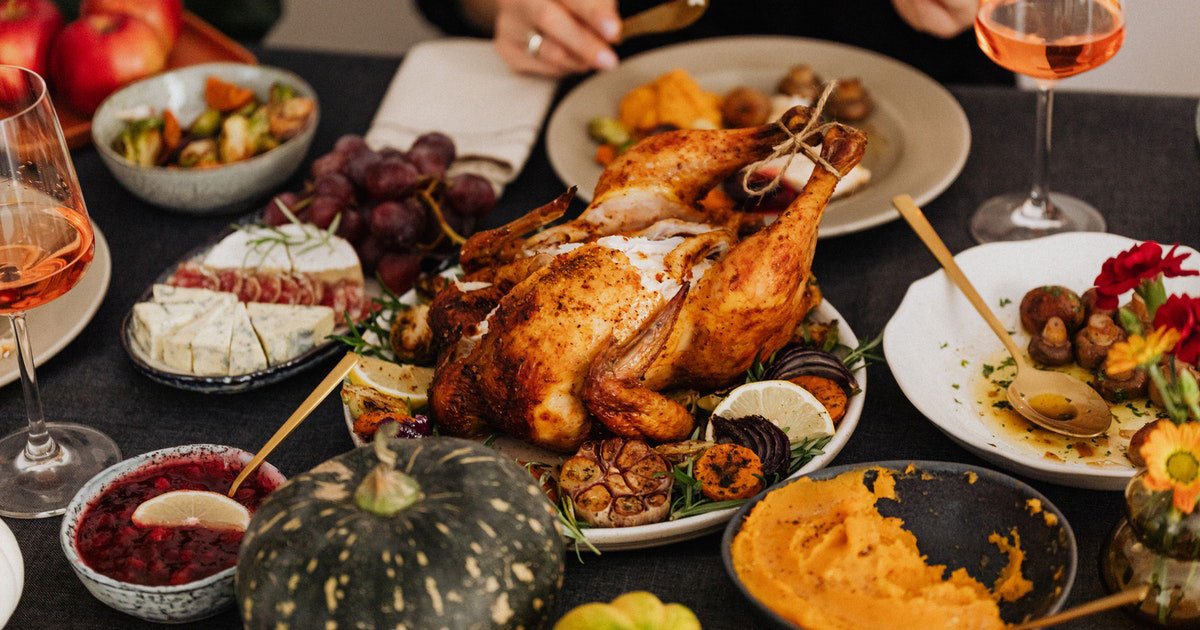 Whether you are hosting a large dinner for family and friends or staying in to watch the clock strike midnight, a New Year’s Eve Dinner is one of the best ways to welcome in the New Year. Of course, going to expensive restaurants is an alternative, but a well-planned dinner party is even more enjoyable and rewarding. If you are looking for some inspiration, we have compiled a list of recipes that are not only simple to prepare but also save you money.

There is no better way to start the feast than with this classic appetiser.

Start by filling a large saucepan with chilly water, followed by squeezing the lemon juice and lemon halves. Then, add the onion, garlic, bay leaf, salt, and peppercorns in a saucepan and bring to a simmer. Allow it to cook for 20 minutes before scooping out the sediments and bringing the liquid back to a simmer. Fill another large bowl halfway with ice and pour in water. Put a smaller bowl inside, but make sure no water gets into it. Stir the shrimp into the pot with the simmering liquid and allow sitting until they are pink and curled.

Transfer the shrimp to the bowl with the ice bath and stir the ice water gently. Once the shrimp are no longer steaming, allow them to chill for at least half an hour. To make the cocktail sauce, mix the ketchup, spicy sauce, salt, and pepper in a small bowl. Refrigerate for at least 30 minutes before serving with the shrimp.

Breaded and fried, prepare this toasted ravioli for your family and friends. The recipe is simple to follow this time because you can cook it in your deep fryer rather than using the stove.

To begin, prepare a large baking sheet with parchment paper, then mix the eggs and milk in a small bowl. Season the breadcrumbs and Parmesan in a separate bowl with salt and pepper. The ravioli should be dipped in the egg mixture first, then in the breadcrumbs.

Next, arrange all the coated ravioli on the baking sheet and freeze for at least 30 minutes. When ready to cook, pour in enough olive oil into the deep fryer and heat it over medium heat at 325° F. If possible, fry the ravioli in batches. Cook the first batch in the deep fryer basket for 3 minutes, or until golden brown. Serve with a bowl of warmed marinara sauce on the side and garnished with Parmesan.

If you have never cooked spinach artichoke dip at home, now’s the time. In a skillet over medium heat, melt the butter, then add the minced garlic and sauté for a few minutes. Turn up the heat a little and sauté the spinach until it wilts. Set aside the spinach juices that have been drained using a fine-mesh strainer. On the same pan, cook the artichokes over medium-high heat for several minutes, or until it has begun to brown.

Take out the artichokes and melt the butter. Stir in the flour until it forms a paste, then cook for a few minutes over medium-low heat before adding the milk. If necessary, add more milk until the mixture is slightly thickened. Then, mix in the cream cheese, Parmesan, roasted red pepper, artichokes, and spinach. Mix everything and pour into a greased baking dish. Bake at 375°F for 15 minutes, or until the cheese is melted and bubbling. Voila! You can now serve it with pita wedges or crackers.

Complete your festive feast with this delicious cake ball.

Instead of starting from scratch, prepare the cake mix according to the package directions and distribute it evenly in the prepared pan. Bake the cake in the oven at 350°F for half an hour and let it cool before breaking it into small crumbs. Whip the butter until creamy in a large mixing bowl, then add the sugar and whisk until combined. Also, add the cream, vanilla essence, and salt into the mixture. All of them should be mixed until smooth.

Next, combine the cake crumbs and frosting in a separate mixing bowl. Make tablespoon-sized balls out of the mixture. Let the cake balls cool for at least 1 to 2 hours. While you wait, mix the chocolate and coconut oil in a bowl and melt for 30 seconds in the microwave. Finally, dip the chilled cake balls in melted chocolate. Shake off any excess chocolate and immediately top with sprinkles. Refrigerate for another 15 minutes, or until hard, and you are all set for the night.