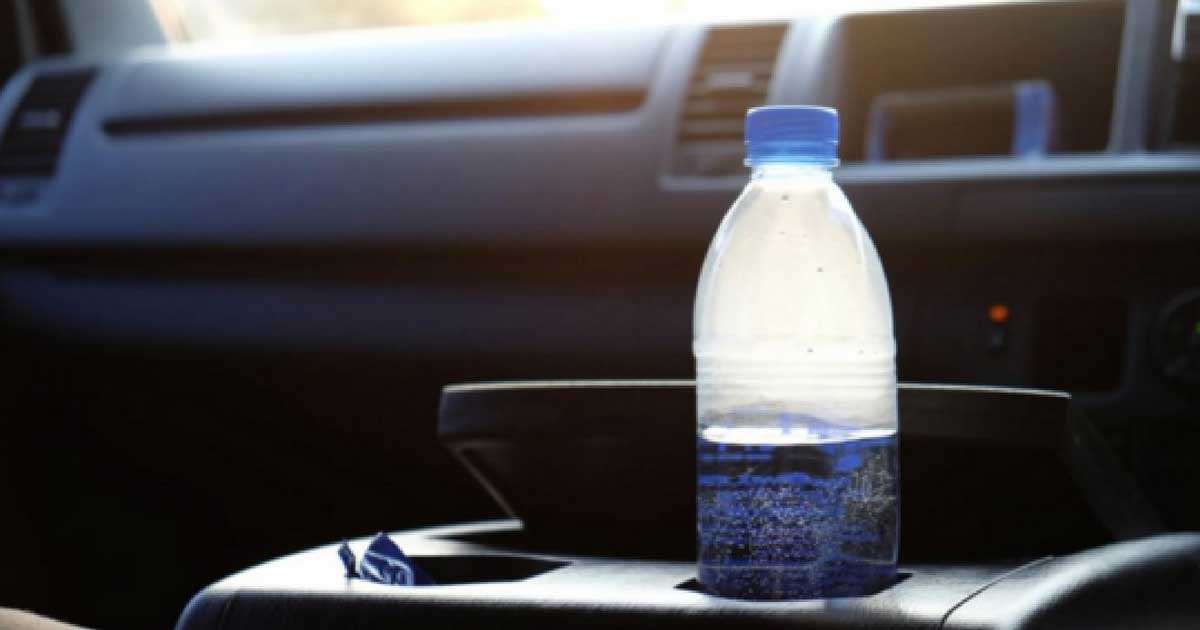 Most people (myself included) probably have a water bottle or two lying around in their car. It’s important to drink lots of water throughout the day, and if you spend lots of time driving, it’s natural to keep water in your car. However, you might want to think twice about leaving a water bottle in your vehicle after hearing this story.

A video posted by the Facebook group Idaho Power revealed that leaving a clear water bottle in your car could potentially start a fire. In the video, a man named Dioni Amuchastegui explained that he was sitting in his truck during a lunch break and noticed a bit of smoke out of the corner of his eye. To his shock, he noticed that the light being refracted through a clear water bottle sitting in his car had begun to catch the seat on fire.

Thankfully, Dioni noticed before the seat actually burst into flames, and the damage was limited to two small burn marks on the seat. The video goes on to explain that a clear, plastic water bottle filled with water can act as a lens that concentrates the sun’s energy onto one point. Over time, that point will become hotter and hotter until a burn begins to form on the fabric.

Although this is quite a frightening and unexpected circumstance, the video explains that essentially everyone carries water bottles in their vehicles, but it’s important to ensure that they are kept out of the sun. Keeping your water bottle in a lunch cooler, glove box, or other area that’s not exposed to the sun are all ways to prevent this from happening. You can click here if you’re interested in watching the full video about Dioni’s story.