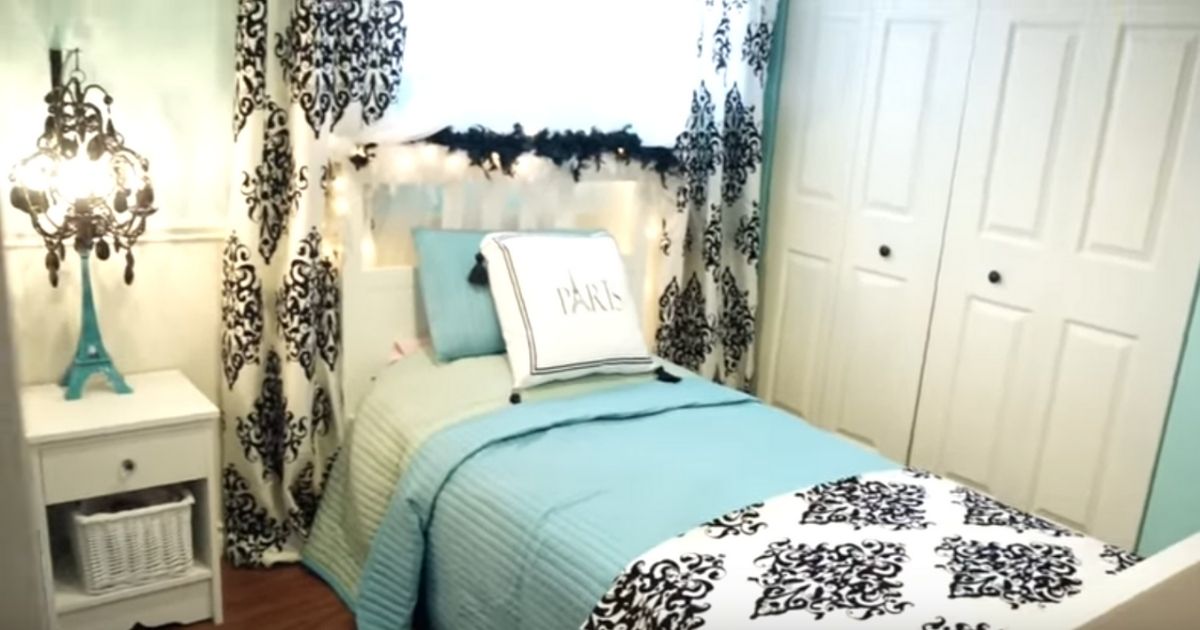 If you grew up sharing a room with your siblings, you’ll understand the struggle all too well. Cas is a mom and blogger whose two daughters were driving each other up the wall sharing a room. As kids get older, it’s completely normal that they should want a little space and privacy – but depending on the size of your house, allowing them to have separate bedrooms isn’t always an option. And so, Cas created a solution – she was able to split her daughters’ bedroom into two distinct spaces without having to frame and build a new wall.

Although Cas had originally planned to build a wall to separate the two spaces, a trip to Ikea let her know she had another option. And so, she purchased a white shelving unit and flipped it on its side, creating a “wall” with the extra perk of built-in storage. The shelving unit gives each daughter her own distinct space, while also giving them some privacy. Abby has a traditional bed on one side of the shelving, while Izzy has a raised “loft bed” with a little reading nook underneath, masked by matching curtain panels.

The bedroom was already painted a light blue which the girls loved, so they decided to spruce up the bedroom with black and white accents, giving the room a Parisian-inspired feel. Abby and Izzy both attend a French immersion school and love Paris, so it was a no-brainer! You can check out a full tour of the girls’ redecorated bedroom below:

Now, Abby and Izzy each have their own distinct bedroom space, and Cas didn’t need to spend a fortune in order to give that to them! The tastefully decorated room will now serve them and their independence better as they get older, and hopefully keep the sister screaming matches to a minimum. Thanks for sharing this great and resourceful idea, Cas!