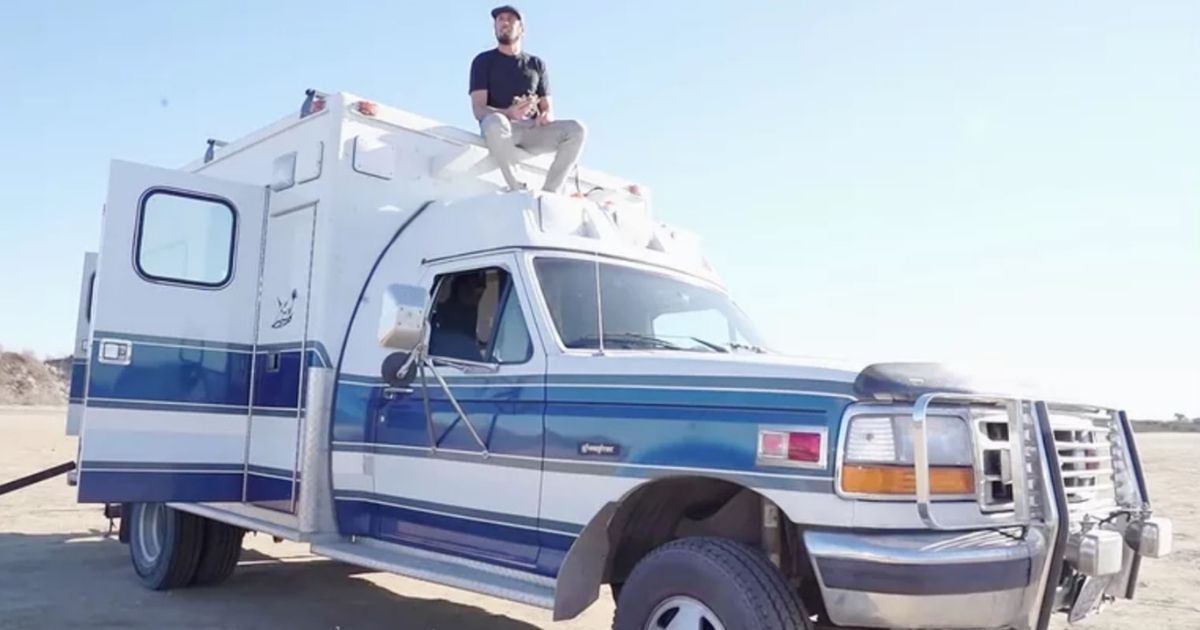 We’ve seen tiny homes built to replicate adorable log cabins, and tiny homes made from old school buses. But I must say, this is the first time I’ve ever seen a tiny home made from an old ambulance! Carpenter and boat captain Ben Harris converted a 1995 F350 ambulance into a tiny home that is equal parts stylish and functional.

Ben chose an ambulance for his tiny home project because they tend to be much more affordable than vans or buses, and also come with many external storage lockers, which is obviously a huge perk when it comes to tiny homes. He settled on this particular ambulance because the cab and front are connected, meaning he wouldn’t need to go outside in order to reach the steering wheel.

The kitchen may be tiny, but it’s definitely functional. There are a few glass-fronted cabinets for storage, as well as a two-burner propane stove and small sink that doubles as a wooden cutting board.

The bed was built atop a platform so Ben could integrate in lots of storage. This just happens to be where he stores his fridge: a Domestic mini refrigerator.

There’s even a slide out slab of wood that Ben uses as a dining table, or to do work on! Genius.

Here’s a glimpse at one of the external storage lockers. This one stores Ben’s camping stove which he often uses to cook outside.

You can check out a full video tour of Ben’s tiny home in the video below!

Ben spent around $13,000 in total on the conversion, $9,000 of which went to purchasing the ambulance itself. The end result is a functional, mobile tiny home that was very thoughtfully designed and built for adventure. Great work, Ben!