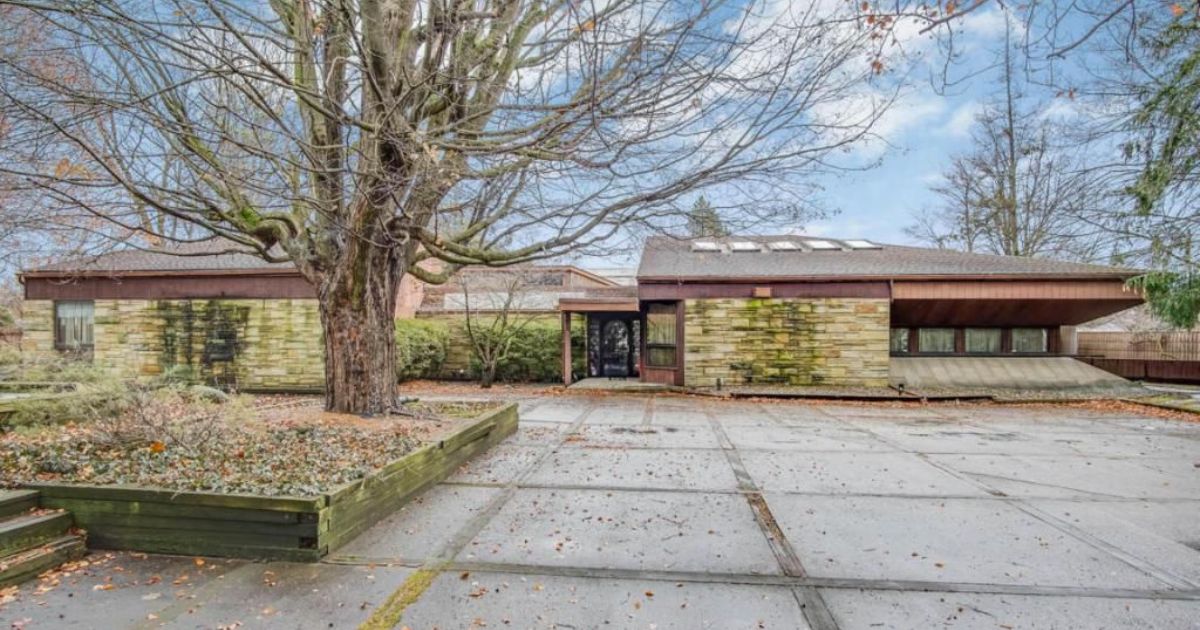 I’m a sucker for an old home that’s full of character. I love houses that were built during a certain era and have retained their original features all of these years later. The house I’m about to share with you today is the perfect example of a time capsule home that will appeal to a very specific buyer, and may not be everyone’s cup of tea. The house located at 304 S. Lakeview Ave in Sturgis, Michigan was built between 1979 and 1980, and was recently listed for sale for the first time ever.

The four-bedroom, four-bathroom home is a whopping 5,250 square feet and boasts two kitchens, a games room, an indoor pool, and a spa. The lot is almost two acres in total, making this an amazing retreat for the right buyer. “It’s a very contemporary, eclectic style house,” explained realtor Dennis Bamber. “It was designed for luxury, entertaining and living life to its fullest.”

Construction on the home began in 1979 by owners Ralph and Renee Levin. Ralph owned a metal shredding company which he operated until his retirement in 2008. He passed away in 2014 at age 92, and his wife, Renee, passed away in 2016 at age 85. The home sat empty since Renee’s passing until it was listed for sale a couple of years later.

The home was listed for $375,000, but requires a good deal of renovations to upgrade the home for today’s homeowner. “It’s for whoever has a big family, wants to have a fun house and can put enough money into it to have a super house without paying superhouse prices,” said Bamber. “It would probably cost $1 million to duplicate it today.” What do you think of the home? You can check out more details and photos here. I know it may not be for everyone, but I think this home is an amazing example of late 70s and early 80s architecture. I wish I could have been a fly on the wall for the parties that must have happened here back then!