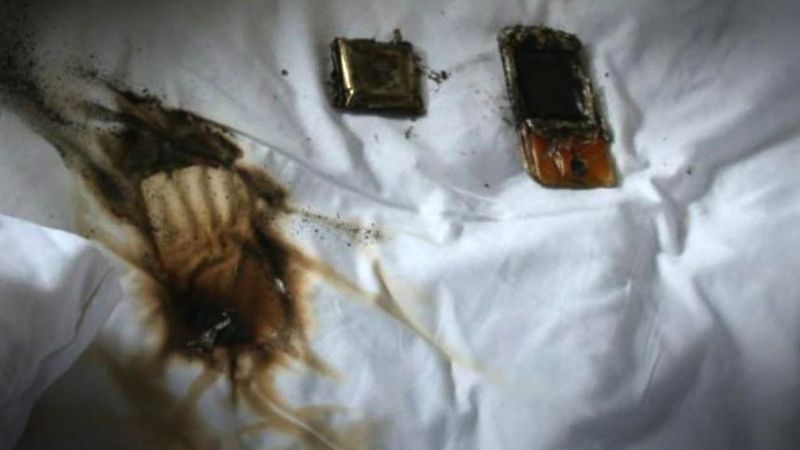 Most of us are on our cellphones constantly throughout the day. And so, it only makes sense that we would plug them in to charge at night while we’re sleeping. However, do you ever give much thought to where you charge your phone while you sleep? Many of us are quite attached to our phones, and so we sleep with them beside us or under our pillows. However, firefighters are warning people of just how dangerous this seemingly innocent habit can actually be.

The Newton New Hampshire Fire Department made a Facebook post that perfectly illustrates this point. The post revealed that 53% of children and teenagers charge their phones or tablets either on their beds or under their pillows. This becomes a potential danger because the heat generated from the charger cannot dissipate, so the charger becomes increasingly hotter as the night goes on. It’s easy to understand how bedding and pillows can quickly catch fire as a result.

Pretty scary, right? It’s astonishing to see how something as simple as charging our devices has the potential to start a house fire, and even threaten people’s lives. You should always charge your phone, tablet, or laptop on a hard surface. Any soft, fabric surfaces (like beds, pillows, and couches) are a big no. The second you notice a charger that’s seen better days or is beginning to fray, throw it out and replace it. Old chargers have a greater chance of sparking and causing a fire.

Now that you know this pertinent information, ensure that you act on it. Charging your phone in the right place could mean the difference between life and death for you and your family. Be sure to spread this information to everyone you know, especially those with children and teens who use cellphones!